Amber and I were invited to the opening of a Todd Hido exhibition in the Fine Art Photography Gallery at Mumm Napa. Todd Hido is an American photographic artist, originally from Kent, OH, who lives in San Francisco. He cites, among others, Alfred Hitchcock as an influence. You can also see his work at the Getty in LA, New York’s Guggenheim, and the De Young in SF.

It was seven o’clock on a Friday evening. Summer had arrived; both by the calendar and by the searing heat that had settled in the valley. We sipped Mumm sparkling wine by the lush green of motionless vines. The sun was still well above the Mayacamas Mountains; a half-moon the only other object in the cloudless blue sky.

Todd was introduced and said a few words about the “Intimate Distance” exhibition before we headed to the gallery. The first picture was a large photograph of a car on a desolate road at night. The treatment made it look like an oil painting; putting me in mind of work by Turner. The pictures seemed to fall into one of three categories: shots of women, decaying urban buildings, or countryside photographs.

This last topic did not feature the idyllic scenes usually associated with the countryside; instead, they had the same sense of decay and desolation as the city-based photos. An out of focus abandoned tricycle speaks to a lost childhood. These pictures are as much about what is missing as what is present. I did not at the time, nor now upon reflection, see a common link between the landscapes and portraits. However, the images have stayed with me, seared into memory far deeper than I would have thought from our brief visit.

To quote Todd Hido: “People ask me how I find my pictures. I tell them I drive around. I drive and drive, and I mostly don’t find anything that is interesting to me. But then, something calls out—something that looks sort of off or maybe an empty space. Sometimes it’s a sad scene. I like that kind of stuff. So I take the photos, and some are good. And so I keep driving and looking and taking pictures.”

You can see the Intimate Distance exhibition at the Mumm tasting room on Silverado Trail. Reservations are recommended but not required for groups of fewer than six people. Tasting fees are $25 to $35. Opening hours are 10 am to 6 pm 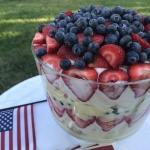 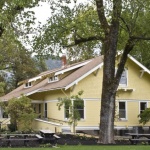 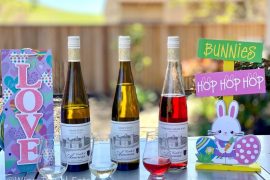 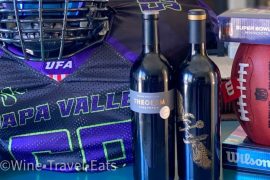