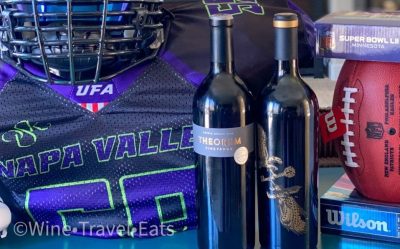 Disclaimer: The wines from Theorem Vineyards were sent to us as samples.

Theorem Vineyards sits on Diamond Mountain. It has held AVA status since 2001. However, winemaking on Diamond Mountain dates back to the late Nineteenth Century. Jacob Scharm planted vines in 1868. By 1892 he had 100 acres. His name still adorns that property as Schamsberg Vineyards.

Dr. Richard Beverly Cole purchased the land on which Theorem sits in that same time period. His family continued to live on the site until 1958. The current owners, Kisha and Jason Itkin, purchased it in 2012 and founded Theorem Vineyards.

Diamond Mountain gets its name from the shards of volcanic glass in the soil.

This 100% Cabernet Sauvignon spent nineteen months in 66% new French Oak. The fruit grew on Diamond Mountain at an elevation between 1100 and 1300 feet.

Opaque and dark red in the glass, it offered intense aromas of plum and cassis. The flavour profile was of plum, blackcurrant, and sage. Well integrated tannins showed their weight in a long finish. That finish enhanced by a light sprinkle of black pepper and a dash of raspberry.

The wine is drinkable now, but the structure indicates that it should mature into a splendid bottle.

This is Theorem Vineyards’ first vintage of Cab from Moon Mountain. Moon Mountain is on the Sonoma side of the Mayacamas Mountains. It has only held AVA status since 2013. However, vines were first planted on its slopes in the 1880s

Like the Hawk’s Prey this is 100% Cabernet Sauvignon and uses the same clone: Jenkins. It ages for 18 months in 60% new French Oak.

The wine was tight. The acidity was assertive, but not overpowering. Restrained blackberry notes mingled with a melange of spices and herbs with distinct clove accents. While the Hawk’s Prey was a wine I would drink now, this one needs time to develop. The elements are there for this to mature into a splendid wine.

These wines are sold on an allocation basis. The Moon Mountain became available a couple of weeks ago and at the time of writing applications are still open. You can find out more at the Theorem Vineyards website. 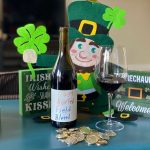 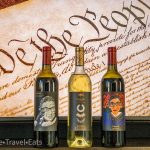