Farrah Felten-Jolley, VP Sales and Marketing, was our host as we visited Klinker Brick. She told us a story that sounded familiar; her family have been Lodi farmers since 1890. Farrah is the sixth generation of grape growers. It was as at the turn of this century, after a hundred years of farming, that her parents started to make wine.

The wine making started, unsurprisingly, with an Old Vine Zinfandel. Another common Lodi thread. Now, they make twenty five different wines. Several of which we were able to taste with Farrah and her father, Steve Felten.

That first production was back in 2002 with twenty-two barrels. Steve joked that was twenty too many. Their approach differed from the norm. That norm being start with a tasting room and then move into distribution. Klinker Brick did not open their first tasting room until they were in distribution in almost thirty states.

Here is a winery whose name did prompt us to ask for an explanation. A Klinker Brick is a dark brick which has been over-fired. Metals in the clay fuse together, darkening the brick. Hitting these bricks results in a clinking sound.

Steve provided this explanation. Then he pointed to the Klinkers in the walls around the tasting room. Steve drew a parallel between these dense darker bricks and the style of red wines that they make.

Klinker Brick are a larger producer than the other Lodi wineries we had seen on this trip. Total annual production is about 85,000 cases. The fruit comes from the 250 acres of their own vineyards and grapes purchased from other growers. Over half of their production is Old Vine Zin. Farrah described it as the workhorse. It keeps the lights on and enables them to play with other varietals.

That level of production supports a wide range of distribution. Klinker Brick wines are available in forty-nine states. It is Delaware residents that miss out. They also distribute to nine countries.

We started with a sparkling wine. That is not unusual. However, the choice of grape was striking – Albariño. Klinker Brick are not the only California producer making bubbles with this grape, but it is far from common. Selling for $35 it was crisp and dry with pear notes.

The second wine was another sparkling wine. This time a Rosé of Grenache and Carignane with the name of Sparkling Bricks and Roses. It shared the $35 price point with the Albarińo. Like its white counterpart this is light and crisp; ideal for warm summer afternoons. It too offered fruit notes. In this case of strawberry and melon.

The 2019 Albariño is  a still counterpart to the sparkling wine that opened our tasting. The nose was floral with rich honeysuckle aromas complemented by apricot. Excellent acidity supported by flavours of peach, orange, and apple. The wine sells for $15.

The second white wine was the 2020 Grenache Blanc. A fruity nose that offered pear and pineapple. A bright first impression transformed into a creamy finish. Pear notes and then banana provided a delightful profile. This wine showed the varietal complexity highlighted by Sue Tipton at Acquiesce .

We moved to red wines and started with a couple made from Italian grape varieties: Dolcetto and Sangiovese.

The fruit for the Dolcetto comes from the Southern end of the Lodi AVA. The nose was a finely balanced contrast between redcurrant, herbs, and smoke. A lush velvet texture infused with tart fruit stored in a cigar box.

It will not be a shock to our readers that Amber greeted the presence of a Sangiovese with excitement. The grapes were grown in Amador County. This 2017 is Klinker Brick’s third vintage of this variety. A rich nose of plum, cocoa, and spice was an encouraging start. The expected acidity was bright and assertive. It led with a taste of plum which softened in the finish with dust, vanilla, and a hint of nuts.

I mentioned at the start of the article that Klinker Brick’s first wine was a Zinfandel. You can see that their range has expanded. However, Zin is still an important part of their line-up; we tried a couple of them.

We started with a 2017 Marisa Old Vine Zinfandel ($25). These old vines date back over ninety years. The nose was fresh with spiced red fruit. Nuanced on the palate, there were flavours of plum, pepper, and espresso.

We moved to the 2017 Old Ghost Zin ($37). Here there was a rich nose of plum and pepper. A long way from the Lodi stereotypical jammy Zin, this led with strong acidity. Deep plum and dark chocolate notes lingered delightfully through the long finish.

They offer two tasting flights which are priced at $5 and $10. The wines about which we wrote are a mix form both lists. Even before Covid, Klinker Brick’s tasting room featured about forty tables outside. The space is welcoming with plenty of shade and space between the tables.

Good wines, an very affordable tasting menu, and wide availability of the wines makes Klinker Brick a winery to visit when you are in Lodi. 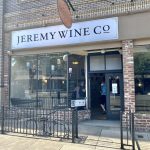 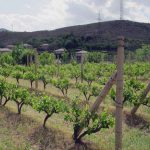