The day after our tasting at Chateau Montelena, we visited Grgich Hills Estate. Mike Grgich, the winemaker of the Chateau Montelena’s triumphal Chardonnay in the Judgement of Paris, founded his own winery. It seemed appropriate that we should taste here; to compare not just the Chardonnay, but the whole tasting experience. 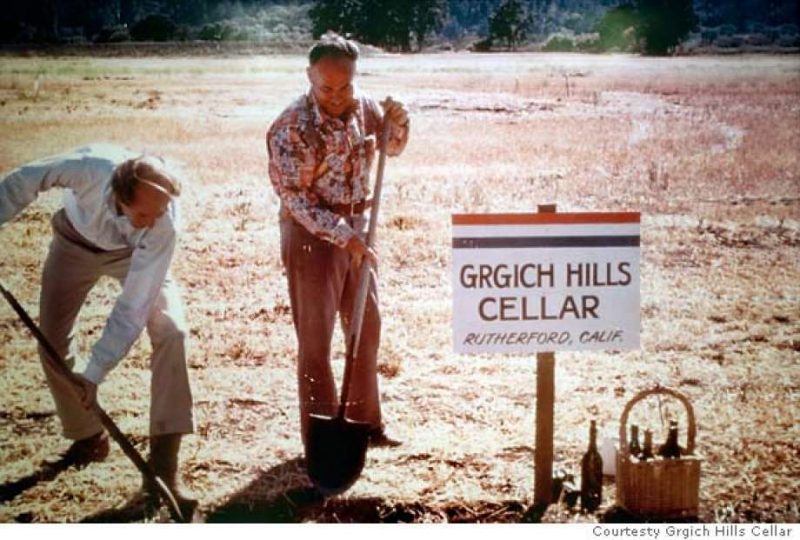 Mike Grgich broke ground on the winery on The Fourth of July 1977. There is a picture of him and his business partner Austin Hills with shovels and a basket containing bottles of wine. Our guide, Ken, said that there was one bottle from each of the four wineries at which Ken had worked before starting his own business. The bottles were buried at the four corners of the original building.

California Girl comments: It is interesting to note that Mike Grgich’s business partner is from the famous Hills Bros. Coffee Company which is how they got the name Grgich Hills Estate. The two are still partners and friends to this day. We were also told that they both still have the same shirts they were photographed in all of those years ago. They still fit into them which is even more impressive!

The tasting room is part of the original building on the site; the interior reflects a seventies aesthetic; dark wood paneling and an absence of natural light stand in stark contrast to the light, airy spaces of modern wineries like Stag’s Leap, Alpha Omega, and Hall. Objectively, the lack of natural illumination should have no impact on the taste, but there is much about the art of wine that defies logic.

California Girl comments: The tasting room was flatly uncomfortable. It was freezing cold, dark, oppressive, and completely unappealing. You have to stand up at the bar to taste through their collection and I can imagine it is hard on busy days to get service with the crowd. It was so cold I felt the need to wear my big winter coat throughout the entire tasting. It isn’t somewhere that you feel you can relax and savor the wines.

We were given an informative history of Mike Grgich; his escape from what was then Yugoslavia and his journey to America via West Germany and Canada. He had studied winemaking in his native land and used those skills at several California wineries before starting his own business. Mike is now in his nineties and his nephew is head winemaker; still very much a family business. The surname looks odd to English eyes and is pronounced something like “Ger-gitch”.

California Girl comments: Mike Grgich has a fascinating and inspiring story that I really enjoyed hearing. I was sad that the movie Bottle Shock didn’t give him appropriate credit for they 1976 win over the French that put Napa on the map for making world class wines. 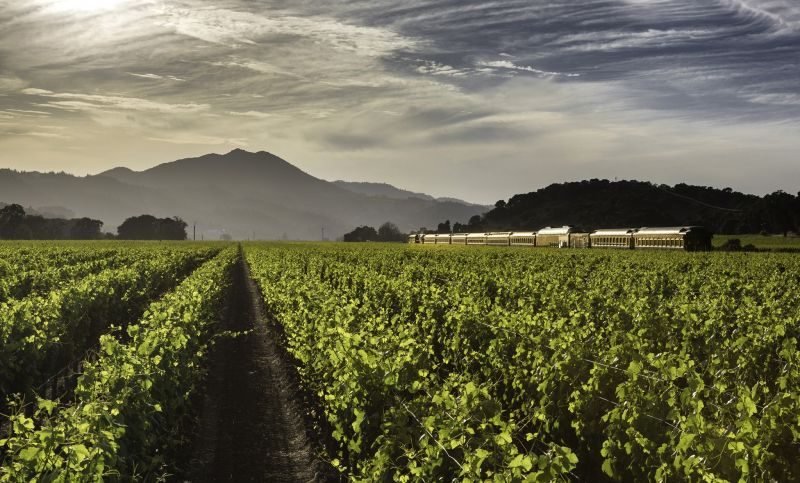 Grgich Hills own five vineyards. The winery and tasting room are on the Rutherford property. The others are in American Canyon, Carneros, Yountville, Calistoga. This enables them to use estate grown grapes from the cooler Southern climates as well as Cab and Zin from the warmer Northern end of the valley. They make about 65,000 cases annually. All of the production is done at the winery.

California Girl comments: It is amazing to understand exactly how much of Napa Valley is owned by Grgich Hills. 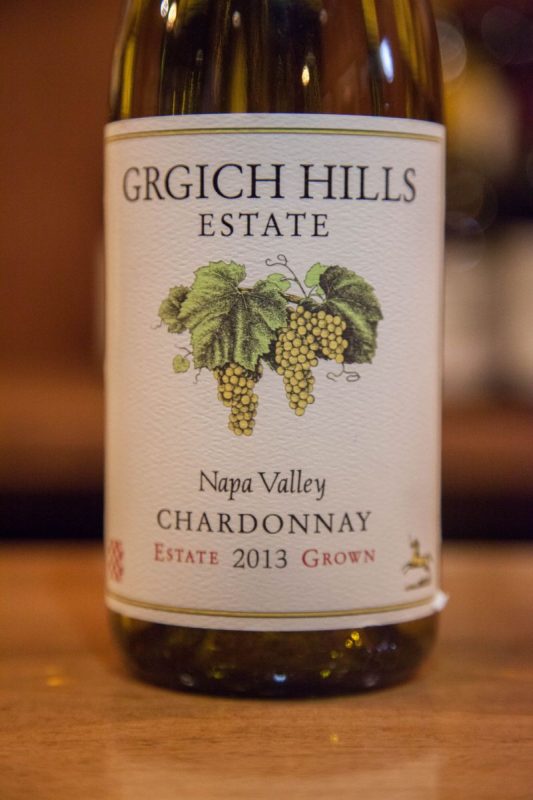 Our tasting started with the 2013 Napa Valley Chardonnay ($43). Grgich uses no malolactic fermentation in creating their Chardonnay, but do age it in oak barrels. The nose was a striking blend of apple, vanilla, and citrus. The wine had a vibrant, European acidity; backed up with a lush mix of pear and lime. Despite the vanilla aromas, I did not taste any oak. This is the antithesis of stereotypical over-oaked Californian Chardonnays. Given that Grgich is famous for their Chardonnay, I had hoped to be delighted by it, but I merely liked it. High expectations can be a burden when tasting; the disappointment was accentuated by a remarkable Chardonnay from Nickel & Nickel that I tasted that evening.

California Girl comments: I was very disappointed in my tasting of Chardonnay. I felt that I just got a mouthful of grapefruit and acid without any subtlety or other notes. The acid was so strong that is all that lingered and it wasn’t pleasing to my palate. 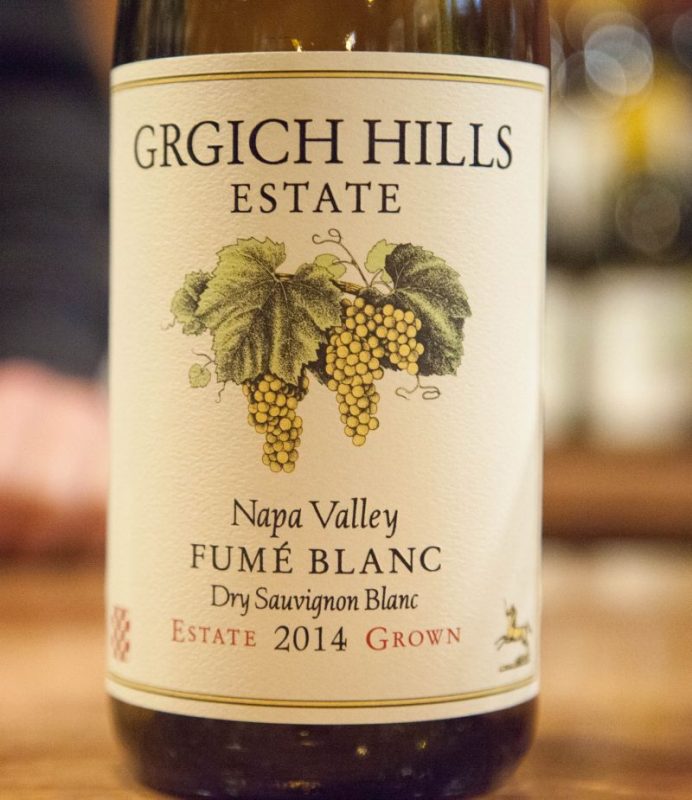 The second wine was the 2014 Fumê Blanc ($31). Ken told us that this name had first been used by Robert Mondavi to provide a more familiar name for Sauvignon Blanc, and that Mike Grgich had followed suit. The nose was a mix of rose petals and citrus fruits. The flavour had hints of apple, but these were dominated by a tart grapefruit acidity that left the wine out of balance.

California Girl comments: There really isn’t much to add to The Brit’s comments. It was my least favorite sip out of our tasting. 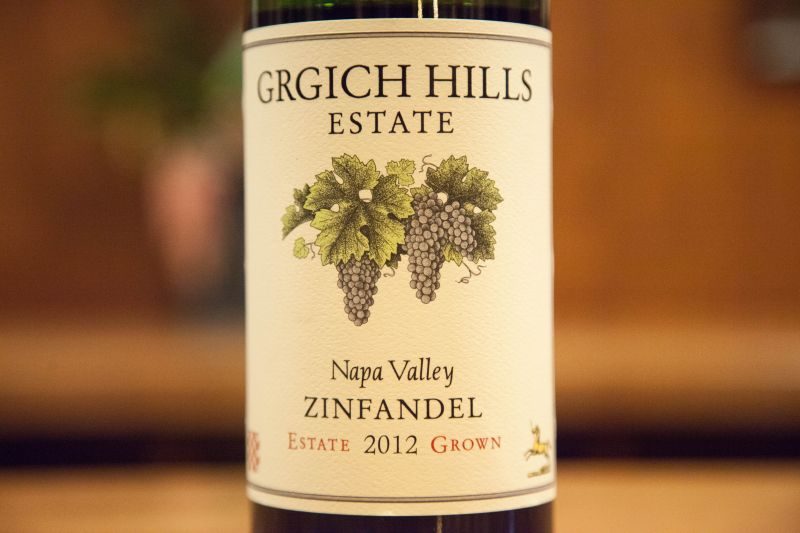 We now switched to red wines, starting with the 2012 Zinfandel which sells for $36. The nose was bold with strong odors of plum carried up a hint of smoke. Taking a sip offered a soft taste of fruit that stayed on the right side of jammy. The mild tannins were relegated to last place by cassis, raspberry, and a few shakes of black pepper. My notes end with the word “delightful”. The Zinfandel was excellent, far more typical of California than the Zin from Chateau Montelena and thus difficult to compare. Without doubt, this was my favourite wine of the tasting.

California Girl comments: I agree in part with The Brit when he says this was his favorite taste of the lineup, it was my second favorite. However, I have to say that “delightful” wouldn’t be the word I would use to describe the wine. “Drinkable” would hit closer to the mark for me.

Next up was the 2012 Merlot ($43). In the glass, the wine was very dark. It is a blend of Merlot from four vineyards. The nose was a complex mix from which I detected raspberry and pepper backed up by earthy notes. That earthiness dominated the mouth, with hints of plum trying to fight their way forward. The fruit did a better job in the finish, with the tannins holding them to the tongue. This is a wine that definitely needs a year or two more at least to be an enjoyable drink.

California Girl comments: I think this wine has real potential after being aged for about five years. I’d love to come back to it then and see if it smooths out as I expect it will. I wouldn’t even dare open it for at least another two to three years.

Now it was time for a couple of different sips of Cabernet Sauvignon. The first was the 2013 Napa Valley Cab ($95). The nose was of plum and raspberry. The initial sip seemed to be well-balanced and surprisingly soft, but the finish was dominated by tannins. Again, this is a wine that did feel ready to drink, but it offered hints of better things to come. 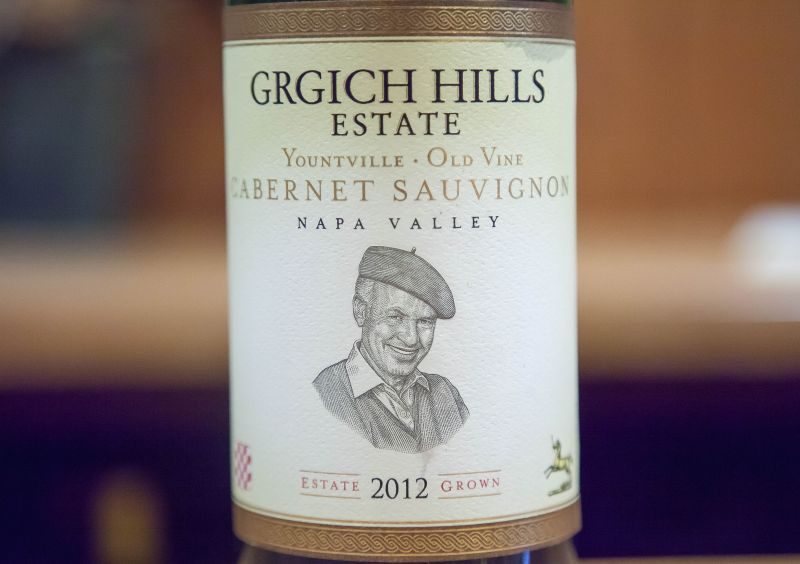 The final wine was the 2012 Old Vine Cabernet Sauvignon. I had not seen the Old Vine phrase used for wines other than Zinfandel. These vines date back to 1959, which is younger than Zin when described this way. The nose was cherry, tobacco, and damp loam. The flavour was a lush combination of plum, raspberry, and black tea. The tannins, in contrast to the previous two wines, were well integrated and lay comfortably on the tongue in harmony with the ripe fruit. This is a wine that can be enjoyed now, as well as having the backbone to age.

California Girl comments: I agree and I feel like this was my favorite sip of the lineup. This wine had far more complexity to it and I could imagine enjoying it with a nice hearty pot roast or stew.

In summary, Grgich is an important part of Napa Valley’s history, but only one of the wines I tasted truly impressed me. I enjoyed the tour more than the actual tasting. 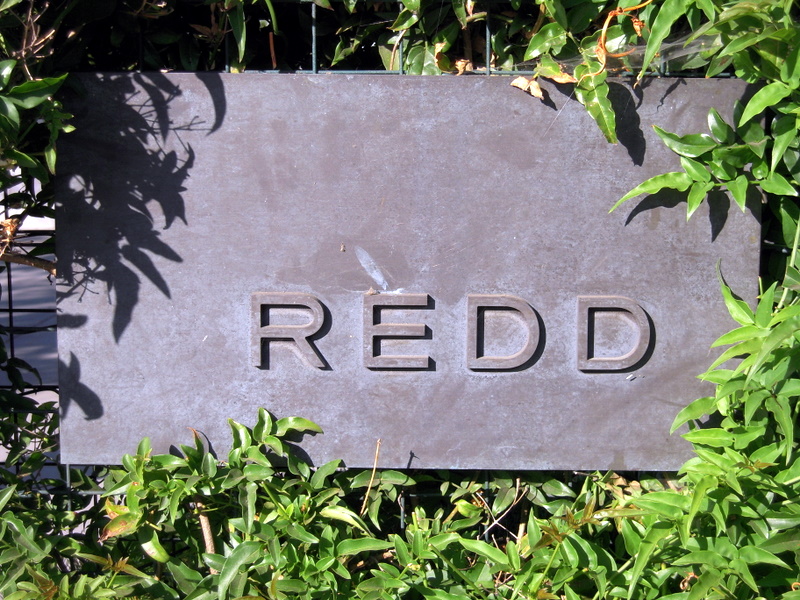 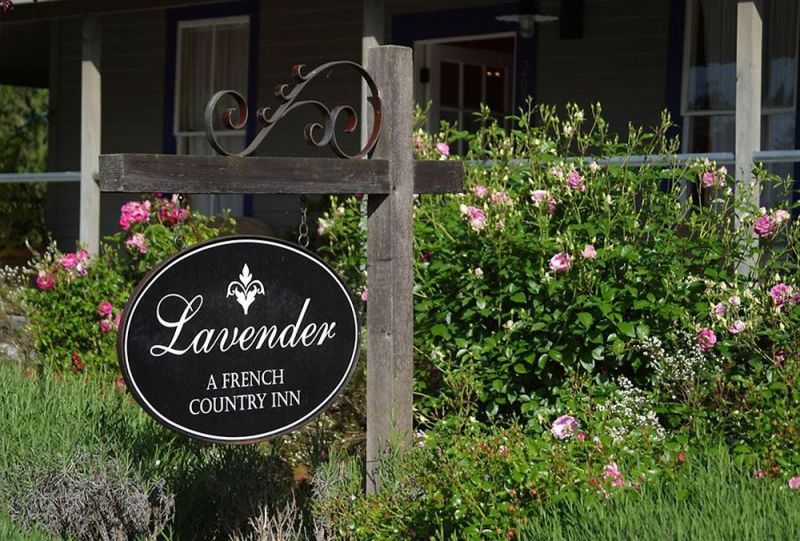