During the Wine Bloggers’ Conference, we attended a Sherry Wine Specialist Course presented by The House of Lustau. During the course, we learned about the process by which Sherry is made. As part of this session, we also tasted a range of different Sherries.

Amber Comments: This course was fascinating. I knew relatively nothing about sherry beforehand and came to appreciate its uniqueness and history.

Sherry is a fortified white wine. Fortification is adding a distilled spirit, creating a higher alcohol wine. Moreover, this helps preserve the wine, extending its life. In the case of sherry, the spirit is a neutral wine spirit (95-96% alcohol). Typically, the Airé grape is the base for the spirit. One important difference between Sherry and Port is the timing of fortification. The fortification of Sherry occurs after primary fermentation is complete. For Port, the spirit is added during fermentation, killing the yeast, and ending fermentation.

In the southern part of Spain, where the Atlantic Ocean and the Mediterranean Sea meet is “The Sherry Triangle”. This area covers 18,000 acres of vineyards. It receives some three-hundred days of sunshine per year. However, there is a healthy average annual rainfall of 25 inches. By way of comparison, this is about the same rainfall as Napa Valley. The other significant climatic influence are the winds. From the East, these winds are dry and warm Levante. In contrast, the cooler and humid Poniente blows in from the West.

There are three main soil types in the triangle. Albariza is the lightest in colour; alba means white in Spanish. This soil comprises 30-80% chalk, with the rest being limestone, clay, and sand. The albariza is similar to the soil in Champagne or Chablis. About 90% of the region’s vineyards are planted on albariza.

Barros is a soil type with a high level of clay, which results in dark brown hues. The third soil category is arenas, which has a large amount of sand.

Sherry is made from three varieties of grape. They are Palomino Fino, Pedro Ximénez, and Moscatel de Alejandría.

Palomino grows well in albariza soil, it has a high yield, moderate sweetness. Moreover, for a white wine grape, it has relatively low acidity. Palomino is the most planted grape in the Jerez region.

Pedro Ximénez has both a higher sugar level and acidity than Palomino.  It does not grow well in the Jerez region. As a result, winemakers often bring Pedro Ximénez wine from the Montilla-Moriles region. This wine is then blended into Sherry.

For Sherry to bear its name, it must be made in one of three towns: Sanlucar de Barrameda, El Puerto de Santa Maria, and Jerez. The name of the process is the solera system. It is a blending and aging system, which helps create uniformity across the years.

In the solera barrels are stacked on top of each other. The bottom layer shares its name with the system: solera. Above this layer above is the first cridera. The second cridera is the next highest layer and so on. The winemaker bottles about one-third of the wine in the solera barrel each year. Wine from the first cideria replaces the wine in the solera and so on up the stack. New wine is then added to the top level of barrels.

Biological Sherry develops a layer of yeast on the wine’s surface. The name given to this layer is “flor”. The flor protects the wine from oxidation. Moreover, it consumes alcohol and sugar. This results in a drier, lower alcohol wine than started the process. To keep the flor alive requires carefully controlled conditions. The average temperature needs to be 68F (20C), with a humidity of over 65%. This technique creates Fino, dry sherry with residual sugar of about 1mg/l. Sherry in this style from Sanlucar de Barrameda is called Manzilla.

Oxidative wines are always in contact with air. In these conditions, the Sherry gains colour, aroma, and flavour. This technique requires a longer aging process than biological wines. The result is a wine higher in alcohol, sugar, and colour.

Dual aging wines start with a layer of flor and then age as an oxidative Sherry. Amontillado and Palo Cortado Sherry are two examples of Sherry made in this manner.

Over-ripe Pedro Ximénez and Moscatel grapes aged in an oxidative manner create sweet Sherry. Blending is the process of mixing dry and sweet wines. The result can be a medium or cream sherry.

Amber comments: It was this particular section on how sherry is made and aged which really intrigued me. The special architecture, the dust on the floor that is watered, the engineering and even the yeast sets this far apart from the wine making that I am used to.

We tasted a range of sherry from the dry fino, through rich Oloroso, to a sweet example. Even the sweet sherry had a sharp acidity, that balanced the sweetness. My favourite was the Oloroso, which had toasted characteristics. Offering a rounder body than the fino and a delightful smoothness.

We are now certified Sherry specialists, having passed the test at the end of the course. However, despite knowing more about this wine than before this session, there is still far more for me to learn. 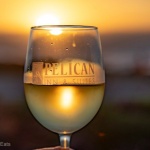 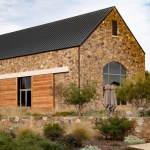