Merlot is one of  the noble Bordeaux grapes. It represents two-thirds of the acres planted in Bordeaux. In Napa, Cabernet Sauvignon may be king.  However, in Bordeaux there is nearly three times as much of the grape planted as Cab.

DNA research showed that it is an offspring of Cabernet Franc; a parent it shares with Cabernet Sauvignon. Its other parent is a now rare variety with a splendid name: Magdeleine Noire des Charentes. A black-bird  called Merlau is the variety’s namsake. The bird having a penchant for eating the grape. When first mentioned in the late 18th Century, the grape’s spelling matched that of the bird.

I do not know if people bought larger vessels after watching Jaws with its famous quote: “You’re gonna need a bigger boat.” But sales in the US did decline from around the release of Sideways with its much quoted line: “If anyone orders merlot, I’m leaving. I am not drinking any f*****g merlot.” 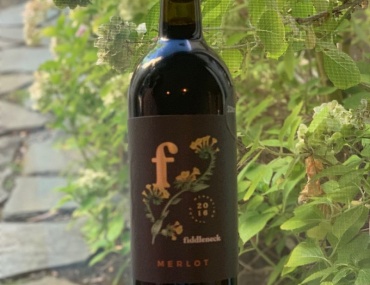 Dr Steven Cuellar of Sonoma State University conducted research on the “Sideways Effect“. He demonstrated that there was a decline in the sale of cheap Merlot linked to the movie. However, the positive impact on Pinot Noir sales was more signifcant.

The varietal does not deserve its poor reputation. Merlot makes some excellent wines. It is no longer associated with bland and flabby wine.  Over the course of October we shall be tasting and reviewing many fine examples. I hope you can join us. If you are one of those who has turned away from the grape, I hope we can change your mind. 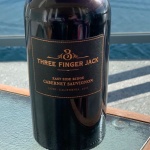 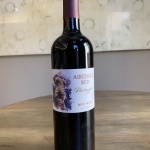