Having previously written about our experiences eating in Sirmione, Italy, it is now time to discuss our experiences drinking in this historic and picturesque town on the shores of Lake Garda. In her definitive tome, The Wine Bible, Karen McNeil writes that Italians say about someone who has had too much to drink, that they have not had enough to eat yet. This tying of drinking to eating in the Italian mind was demonstrated whenever we ordered a drink in Sirmione; there would always be a snack served alongside the drink.

Given our blog, it is not surprising that we often ordered wine, always when we sat down for a meal and on occasion when we felt like a drink. It was noticeable that in every place we had wine it was served in beautiful, large wine glasses. There was a myriad of options for ordering wine. By the glass, whose size was rarely stated, but seemed to be a 100 or 125ml pour, which did look a little lost in the large glasses. Most restaurants offered a quarter or half litre carafe of house wines; white, red, sparkling, and rosé. Half bottles were common and were priced surprisingly close to fifty percent of full bottles; in one case at exactly half the cost.

With few exceptions, mainly around Champagne, all of the wine was domestic and much of it from regions around Lake Garda. Every restaurant sold white from Lugana, about which we wrote at length in our post on Bulgarini.

About an hour by boat from Sirmione on Lake Garda’s North East shore is the town of Bardolino that lends its name to a red wine that was on many menus and which I tried on a couple of occasions. Bardolino is a light-bodied red wine with distinct acidity. It is made from Corvina, Rondinella, and Molinera. Other grapes can be used in the blend but must make up no more than 15%. The examples I tried were drinkable but unremarkable. These grapes are used in Valpolicella, a far more interesting and full-bodied wine.

California Girl comments: As much as we were enjoying the wine it was actually quite warm when we were in Sirmione and I was thirsty. I drank gallons of water but as you all know that gets boring. I really wasn’t in the mood to drink from dawn till dusk so I asked if our hotel could make me an iced coffee. They did think I was nuts, but accommodated me and delivered a beautiful coffee perfectly iced with just the right amount of milk too. Awesome!

One of the few restaurants that offered quarter and half litre carafes beyond the house wine was at Girasol. There were about five to six red and a similar number of whites by the carafe; although this selection was dwarfed by the largest bottle list I had seen in Sirmione. When we arrived we were offered a glass of Prosecco, the standard Italian fizz. Since I was planning to order a heavy meat dish, I picked a Valpolicella. I expected a carafe to be brought to the table, but the waitress brought a bottle and showed me the label. When I explained I had ordered a carafe she nodded in agreement, opened the bottle and poured two-thirds of it into a carafe. I liked the way that they had demonstrated the wine we were going to get in our carafe. It was a stunning example, deep, rich and full of dark fruit notes.

From the first time we sat down at a cafe in Sirmione, we saw people with an ice-filled orange-coloured drink. California Girl recognized this from her trip to Umbria in May, as an Aperol Spritz. This aperitif is a 3-2-1 mix of Prosecco, Aperol, and soda water (club soda). Aperol is an Italian aperitif made of wine infused with herbs and fruit; specifically bitter orange, gentian, rhubarb, and cinchona. It is not as bitter as its more famous cousin, Campari, and with the addition of prosecco and soda water makes a refreshing, light drink to enjoy pre-dinner, or since we were on vacation in the middle of the afternoon.

The focus on Gin and Tonic, which is apparent in my recent visits to London, has also reached Sirmione. One restaurant had two pages of its menu dedicated to the Gin and Tonic, and even our hotel had a range of half a dozen different Gins. On the evening of our arrival, we sat outside the hotel and California Girl ordered a Gin and Tonic made with Gin Mare from a town near Barcelona. It was served in a large bowl glass and garnished with Rosemary that the waiter picked from the hotel’s herb garden.

On the drive from Verona airport, we passed a winery called Ca`Maiol on the outskirts of Sirmione. This was not one of the wineries we visited, but we drunk their wine with a couple of meals during our stay and were impressed on both occasions. On our first night, we had Negresco, a blend of Gropello, Marzemino, Sangiovese, and Barbera. This was a rich full-bodied red, with strong fruit notes. The geek in me was intrigued to find that Marzemino, of which I had not previously heard is mentioned in the opera “Don Giovanni”. Even more geek points as I was able to add two more new grapes to my tally of varieties that have been used in wine I have drunk. The other wine we tried from this winery was one of the aforementioned Lugana white wines.

Our desire to explore drink options did not extend to tasting if that is the word, the local Grappa. I have on occasion choked it down, but consumption of Grappa does not involve an activity as refined as tasting. In a country that makes so much good wine and a range of rich-tasting aperitifs, the fascination with Grappa remains baffling. I have yet to find a Grappa that I enjoy.

California girl comments: Although I did comment about the wonderful iced coffee I was able to enjoy, it truly is the cappuccinos that were the real treat each morning.  We can’t live on alcohol alone ya know! 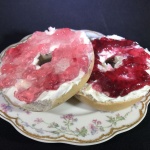 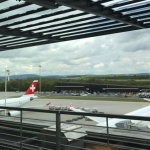