We ate lunch at Balls Brothers of London on the third day in the UK. We had tickets for a matinee performance of “Wicked” and were looking for somewhere to eat lunch that also looked suitable as a subject for a blog entry.

A quick quiz for our readers, with answers in the body of the article:
a) Name two ingredients that you would find in a broccoli and blue cheese soup
b) What condiment would you expect to come from a table grinder marked with an ‘S’?

California Girl ordered the “Soup of the Day”, which was described by the waitress as a broccoli and blue-cheese soup. California Girl and I expected a soup that contained these two ingredients. What we did not expect was a sweet corn soup with no broccoli and no blue cheese. It transpired that they had run out of the original soup of the day and the waitress had not noticed that this was not the same. She offered to take it away, but California Girl, after her initial shock, decided to eat it. The waitress made up for her initial error by notifying the manager of the mix-up. He came to the table, apologized, and generously took the item off our bill. 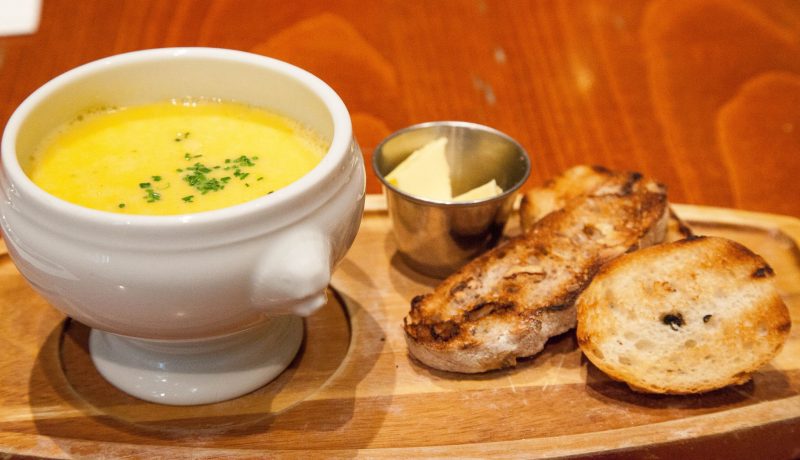 California Girl comments: Once I got my cream of corn soup it was very tasty. I did enjoy the bowl. Thank God however it wasn’t The Brit who was served that soup as he would have squealed like a little girl at the idea of corn soup – HA!  I have to say that the young lady serving us was really apologetic and sweet about the mistake.

California Girl decided that the soup needed a little more salt. She picked up a cellar with an ‘S’ on the top and ground some into her palm; it was fortunate that she did not put it straight into the soup as what came out was clearly pepper.

California Girl comments: This mistake I was a little less forgiving about. It was only just luck that I cook myself and use “chef measures” and always pour seasonings in my hand before adding them into food. I would have been most unhappy with a mouth full of pepper.

How did you do on our little quiz? 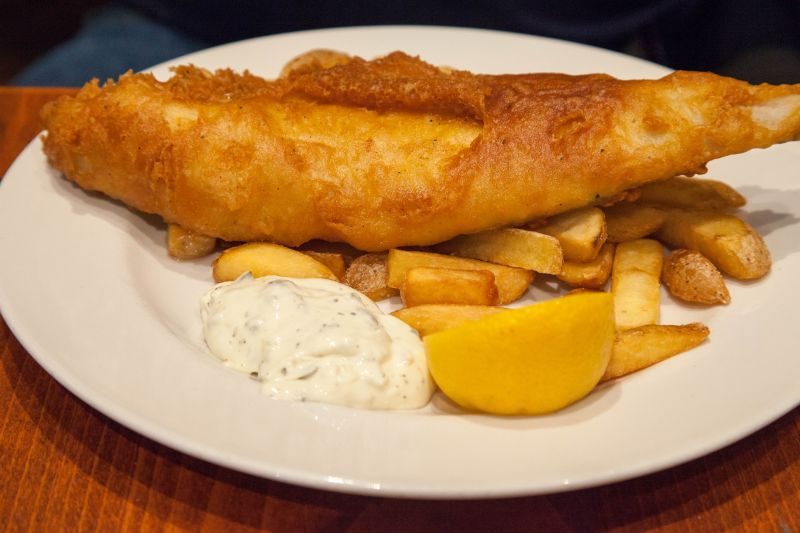 I had more luck with my choice of main course; fish and chips. The beer batter was crisp and light; surrounding a thick filet of haddock. The chips were cut thick, cooked crisp on the outside, whilst retaining a perfect fluffy interior. After months of encountering disappointing expressions of this dish in and around Napa, it was great to encounter a near flawless rendition of fish and chips.

California Girl comments: The tartar sauce was good quality with nice flavor. It was chunky, and was a good complement to the light, beautifully cooked fish. 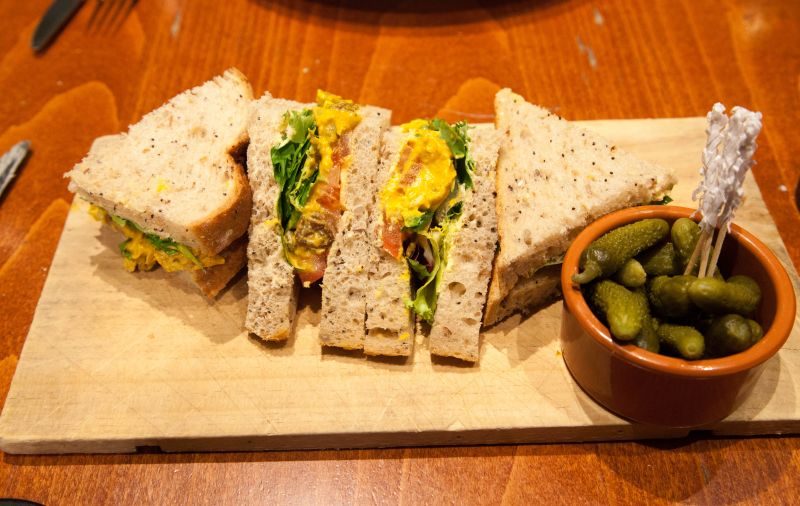 California Girl comments: I had ordered the Coronation Chicken. It is a dish that is served with pride in just about every granny’s home in the UK.  It was originally created for the Queen of England’s Coronation.  This is a dish I make on occasion for girlfriends for lunch.  I was excited to have it as really is an old fashioned dish and I was surprised to see it in such a hip and trendy restaurant. However, I think what they did was put their own “Twist” onto the sandwich.

What I got was basically a cold mild chicken curry in bread with lettuce and tomato. They did throw a raisin or two into it. *Sigh*  I would never call what I ate Coronation Chicken. Here is what Wikipedia says about Coronation Chicken. The sandwich was fine, and I ate it without sending it back. The small pickled gherkins were really crunchy with great flavor. 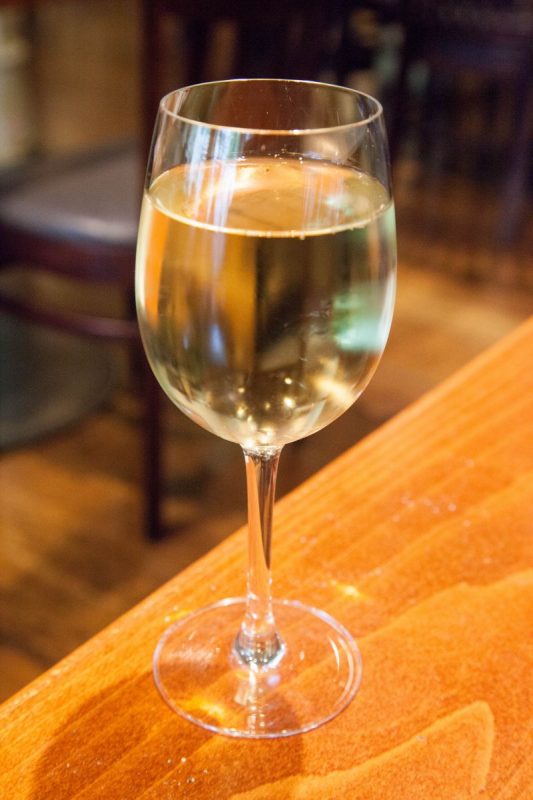 I ordered a large glass of Mâcon-villages Domaine de la Grange Maginen, Louis Jadot. The large glass is 250ml, one-third of a bottle. This meant that I had but one glass with my meal. The wine was over-chilled when it was presented to me at the table. The flavour improved as it became less cold, with a subtle fruitiness, but the acidity remained the dominant factor in the wine. Once the nose opened up there were light floral notes. It is a stainless steel fermented Chardonnay.

In summary, apart from confusion around soup and condiments, the service and food was good; the fish and chips were better than good.

California Girl comments: I liked the atmosphere and the service at Balls Brothers. I would eat there again and give them another try as both the waitress and the manager were really great.

Here is a link to them: Balls Brothers of London 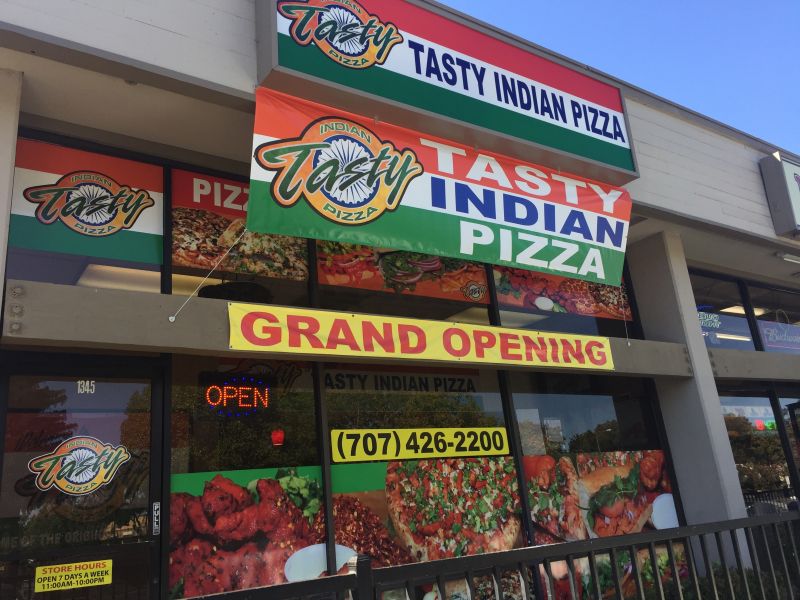 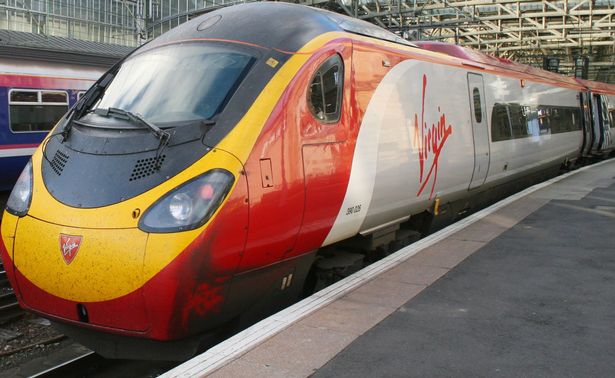