I was told to check this place out on my last trip to Walla Walla as it was new, and no one was sure what was going on. Could you drink wine from Rioja? Did they have wine from Washington? They are a new winery in the area – and I mean new – they opened a week before I got there.  I wasn’t the only one who had heard about this place – it was packed!

I could go on for days about the architecture and the building, but I won’t because I don’t want to over shadow the wine and the fantastic experience you have when you are there.  It was a pleasure talking with Devyani Isabel Gupta the assistant wine maker as I went through their wine flights this busy release weekend in May.

This flight is ready for takeoff:

Their tasting line up offering is 3-fold – 1) Rioja Whites, 2) Rioja Reds and 3) Washington Syrah flights.  After drinking Washington Reds all day, I was all over the Rioja Flight.

My palete was instantly transported out of Washington State – a palete cleanser if you will.  While I revisited the Maturana, I was told about the concept of this winery and how they were able to not only import the family Rioja Wines but sell them alongside their 2017 Washington Syrah wines.  The property is a restaurant and serves up delicious authentic bites from Spain.  This allows for the family to import and sell their Rioja alongside the Washington wine.

Valdemar Estates Syrah for the win or the Wen!

Their first vintage of Syrah is the 2017 and it is only available to Club Members, but you can taste it in the winery.  The tasting of the 2017 Blue Mountain Syrah blew my mind and I can’t wait for it to lay down for a bit.  A little more time in bottle and this will be a force to reckon with Walla Walla Syrah.

Give your palate something different:

Does your palete need a break when you are in the Walla Walla Valley? You need to stop into Valdemar Estates where you don’t need your passport to get the taste of Rioja in your glass.

Looking for more on Walla Walla?  Check out this article: Exploring the wine in Walla Walla, Washington 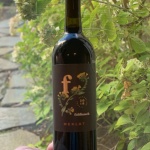 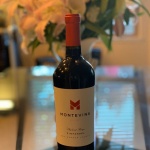