When I was on this trip to Czechland my hosts really wanted to show me everything that is traditionally Czech. The cuisine, the alcohol, and the beer. I didn’t have the heart to tell them I didn’t drink the stuff. So when they arranged for me to go beer tasting, I just agreed and went along with the program.

I never got the taste for beer as it was a big no no in my house for a “nice young lady” to drink it. In all of the years of living in the UK I never decided to give it a try. Even I am surprised. 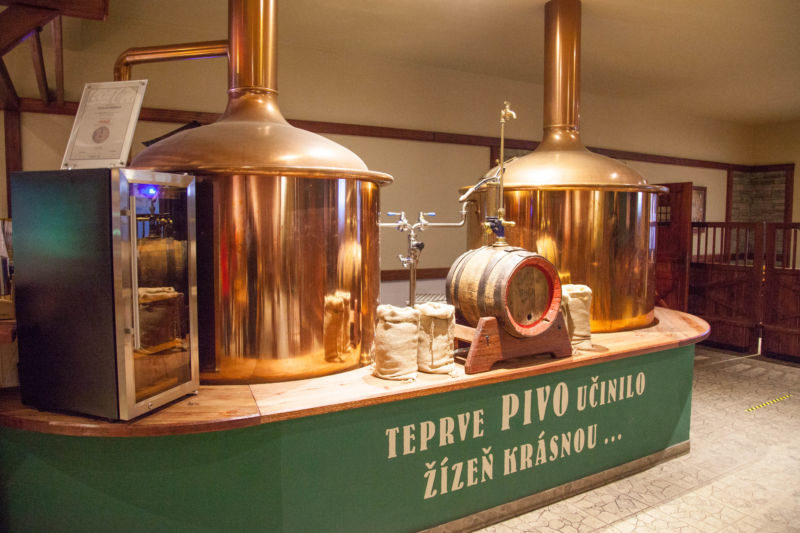 I was taken to a microbrewery/restaurant called Satlava where they make their own beer and serve food.  It seemed to me like the Czech equivalent of BJ’s Brewhouse. The atmosphere was casual and the food came in plentiful plates. 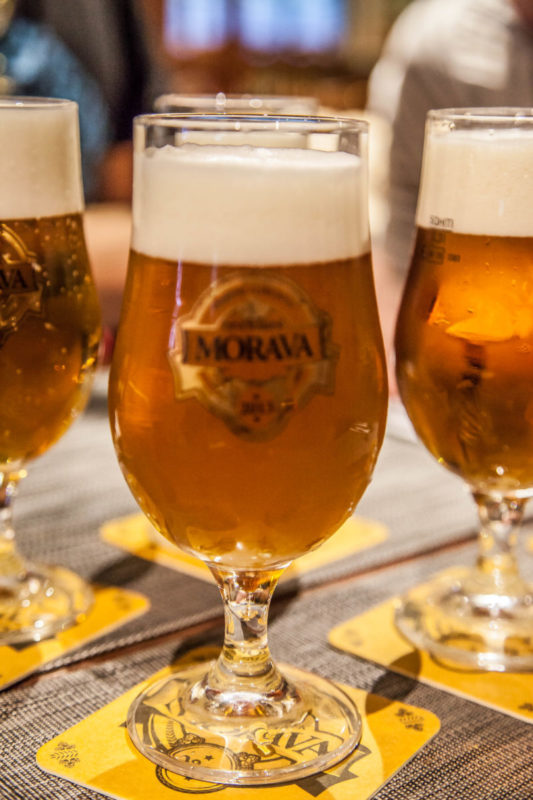 We were given a selection of beers to try: honey, filtered, non-filtered, chocolate, and regular. Being a basic beer virgin I waited for my host to explain each one. I used the basic same tasting method I would use with wine. I tried to concentrate on the flavors and figure out the elements on my palate. 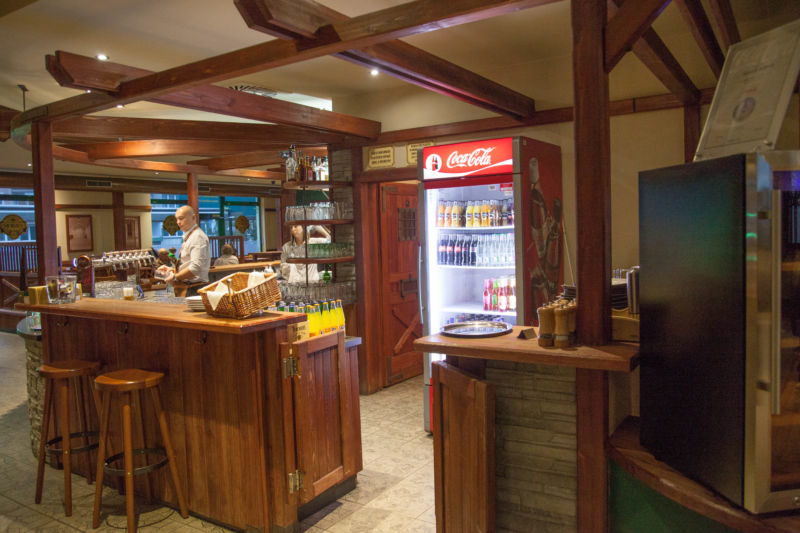 For me, all beers have that same underlying wheat/yeast/hoppy flavor. But what surprised me was the differences in the flavors of each beer I tasted. They honey beer was slightly sweet, with that little bit of honeycomb flavor in the finish. I think out of all of the tastes, this was my favorite. 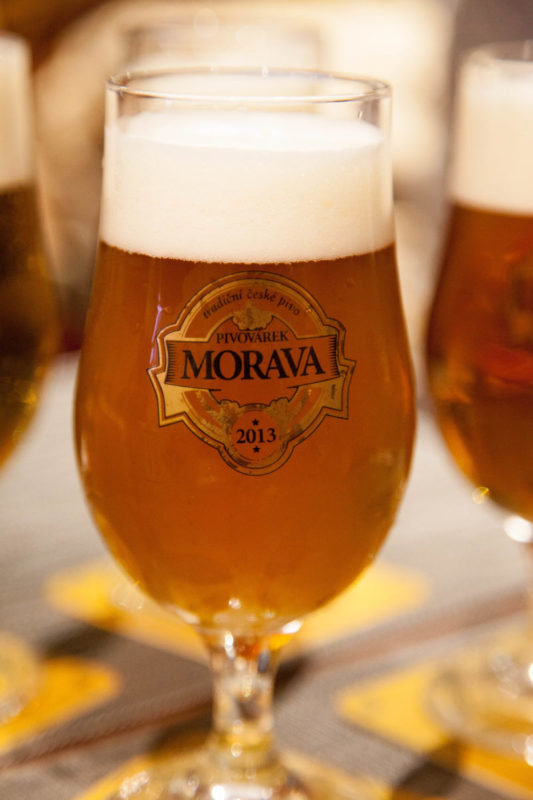 My second favorite was the filtered. It was smoother and softer than the others, without that big flavor lingering in your mouth. I am told that most women prefer the filtered beers over others.

Surprisingly, the chocolate only made it to number three for me. It did have notes of chocolate, but the chocolate was almost a savory flavor in this instance rather than something sweet.

The Brit comments: My guess is that the chocolate name referred to the use of chocolate hops, rather than cocoa based products; which would explain the lack of sweetness. I am jealous that I missed out on this tasting.

We had a very lovely hearty dinner while we were trying our beer, but the main star of the show was the beer. 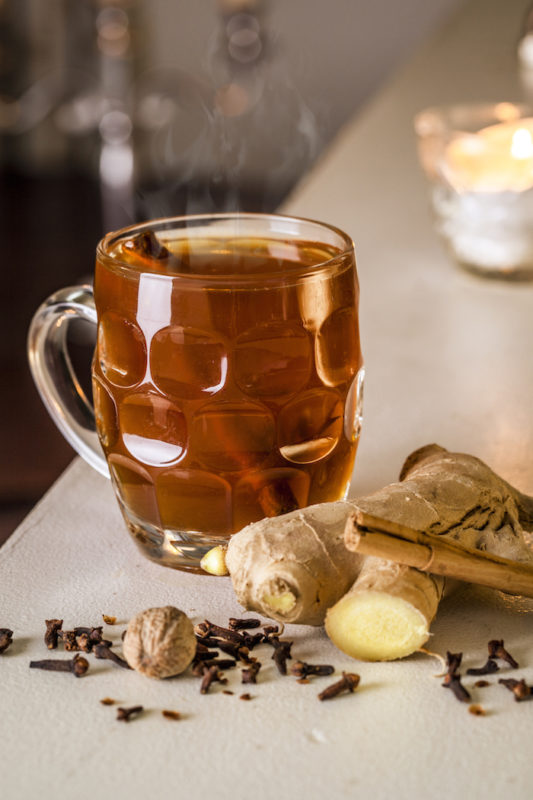 On another occasion while I was in Czechland, I sampled a “hot beer” which is basically a beer that has mulling spices in it and served warm. I was very reluctant to try this one, but after a few sips I did really quite like the flavor and it wasn’t as strange as I thought it would be.

So the question is: Will it become a part of my drinking habits? The answer is no. I guess I am just not a beer drinker. Wine it will have to be. 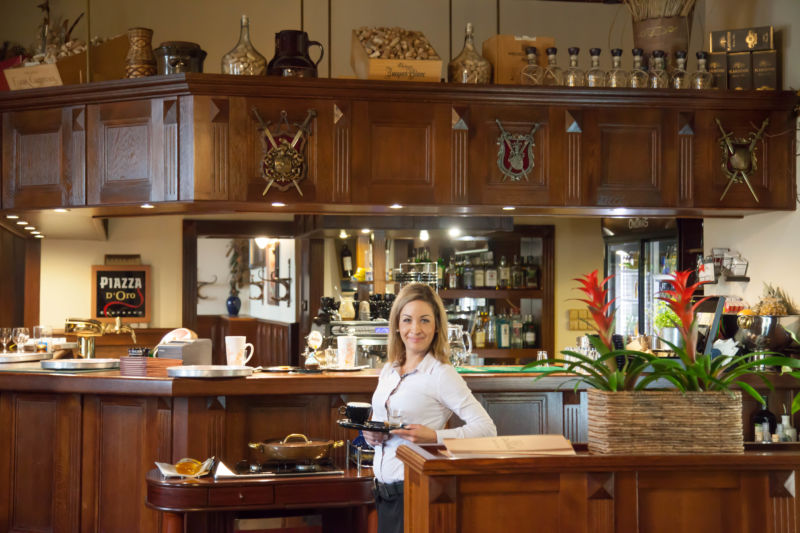 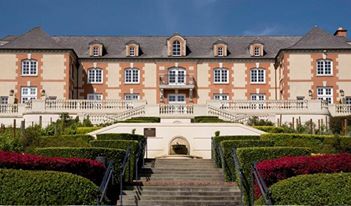