Disclaimer: The wine which we review was provided as samples.

March is Women’s History Month. Thus, it is an ideal opportunity to reflect on the life and achievements of Ruth Bader Ginsburg.

Ruth Bader Ginsburg (affectionately known as RBG) was a champion for the rights of women. One of just nine women in a class of 500 at Harvard; she became the first female member of the Harvard Law Review. Transferring to Columbia  for her last year, she graduated at the top of her class.

In 1980, President Carter appointed RBG to the Court of Appeals for DC. After serving for thirteen years, President Clinton appointed her to the Supreme Court.  She became only the second woman to sit on the court.  RBG was a Supreme Court justice for over quarter of a century, until her death in 2020.

She wrote a dissent in Leadbetter v Goodyear, an equal pay case that the court rejected. Her dissent was a key driver in passing the Lily Ledbetter Fair Pay Act; the first law signed by President Obama.

Amber Comments: RBG was someone important to my life even though I didn’t realize it until I became an adult. My mother who was a single parent was able to get loans, credit, and purchase a home on her own without a male to co-sign for her because of legislation that RBG was responsible for. That meant that I grew up in a house with security and stability that simply wasn’t the norm back then for single mothers.

The section above may seem off-topic for this blog, since it is not about wine, travel, or food. However, Teneral Cellars sent us three bottles of wine crafted to celebrate the life of Ruth Bader Ginsburg. Only writing about the wines did not seem sufficient to honour the winemaker’s intent and as its Women’s History Month we couldn’t think of anyone better to celebrate.

95% Sauvignon Blanc and 5% Semillon from El Dorado AVA. The nose led with sweet honeysuckle notes and just a waft of mown-grass. This was encouraging; neither Amber nor I are fans of astringent Sauvigon Blanc.

The hope that the aromas raised were not dashed when we tasted it. It lead with a crisp acidity that softened to a lush cream with a backbone of gooseberry. The gooseberry emerged more emphatically in a fresh finish.

We enjoyed this wine and the way its profile evolved in the mouth. The wine sells for $28.

The nose was bright and enticing, bursting with aromas of red fruit laid out on oak planks. Rather than a big full-bodied wine that I associate with this grape, this is a medium body wine. Balanced, with the overly assertive tannins in the front fading as the lively fruit takes over. This evolution in the mouth is supported by a herbal backdrop.

Dissent is 96% Zinfandel and 4% Petite Sirah.

The nose was intense with lightly strewed blackberry and baking spices. The flavour dissented from the statement made by those aromas. Rather than the jammy Zin that the bouquet implied, this wine is subtle and nuanced. Yes, there is a hint of sweetness. But it is a hint and not the overwhelming characteristic. This a wine of many layers: vanilla, raspberry, plum, and pepper. Each sip seemed to reveal new elements

This was my favourite of the three wines. Priced at $30, this is an excellent value wine.

We really enjoyed all three of these wines and felt they were a wonderful tribute to RBG. The Dissent Zinfandel was our favorite of the lineup but would have no problem recommending any of these wines to friends. Teneral Cellars will donate $10 to the National Women’s Law Center for every three pack sold. You can purchase the wine here. 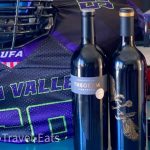 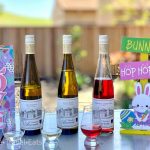