When I told my daughters that I was going to share this recipe for Prison Bread on the blog, I was met with simultaneous gasps. Even though I gave them the recipe when they started families of their own, they received it with a promise that it would never be shared. EVER.

I would often make this recipe when entertaining guests, and they would always rave over how delicious it was. Then, I would tell the story…and there would be utter disbelief when they discovered the depths I allowed myself to sink to get a recipe I wanted. I am ashamed; thoroughly ashamed. So maybe by sharing this recipe with the world, I can redeem myself just a bit. Even though I have repented of my sin, I still carry some guilt for the way I obtained it.

When I was a young bride, my first husband and I were invited to an outdoor dinner party. I was all of 22 years old. The hostess wasn’t the nicest of women, and I don’t even remember her name. I just remember that when I complimented the bread she served with the BBQ dinner, and asked if she would share the recipe, she replied: “not with you!” I was embarrassed and hurt.

After dinner, I excused myself and went inside to use the bathroom. As I went through the kitchen to get to the restroom, I noticed her recipe box open on the counter. Before I even had time to think, I thumbed through a couple of recipes in the front of the box and there it was. The recipe for the bread she served at dinner. It is with great shame I admit that I quickly folded the card in half and stuck it in my brassiere and scurried off to the ladies room. After returning to the patio (the recipe card burning a guilty imprint on my chest) I made small talk and then thanked the hostess for a lovely dinner. I am certain my face was beet red as we left…an indication of my shame at what I had done.

That was 35 years ago. We always called this “Prison Bread” whenever I made it because I was certain if that woman knew I had swiped her recipe card, she would have had me arrested. So now I am sharing it with you. Although it isn’t the same as confessing to a priest, I do feel better sharing how I came to have this wonderful recipe.

Mix all the ingredients except the bread, in a bowl. Cover and refrigerate a few hours, or overnight, to allow the flavors to meld together.

3. Spread half of the mixture on each side of the bread.

4. Put the halves back together and wrap snuggly in heavy duty foil.

5. Bake at 350 degrees for 30 minutes.
6. Unwrap and using a sharp bread knife, cut through the loaf to make nice sized chunks.
7. Place on a plate, or in a lined basket and serve hot.

These are delicious with any Italian meal, and a nice change from traditional garlic bread!

Have a great week – April 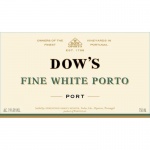 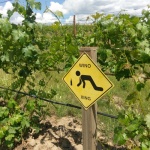 Exploring the wine in Walla Walla Washington – By Wen