The Brit and I have made it a policy not to write scathing reviews of any of the places we visit. We are always mindful that we are talking about people’s livelihoods and understand that it is our opinion and may be a one-off experience rather than an overall picture. With our honest appraisals we try to help business see their weaknesses and strengths so they have the chance to improve and grow. With this post, however, we had such a terrible experience, we need to write about this place and let you all know to avoid it.

After a day of wine tasting, our group of 8 people were hungry and we wanted something simple to eat. As we were in the area, we thought The Pacific Blues Cafe in Yountville would be a good choice. It was 3 p.m. on a Saturday, so we figured we would be able to be seated there.

The restaurant was a bit busy, but not packed. They were able to seat us really quickly; they just had to bus the table. However, once we were seated, it all fell apart. It took them ten minutes to take our drink orders.  It was another twenty minutes before they were delivered. They delivered the wrong cocktail to one of our dining partners and the Vieux Carre that The Brit ordered was crazy. If you look at our post on that cocktail, you will see how it is correctly made. What the Brit received was in a highball glass; one you would get a soft drink in. The alcohol was lethal! The regular Martini that was ordered came out brown. Yes, brown. Our guest sent it back and ordered a vodka tonic thinking it would be a safer drink. 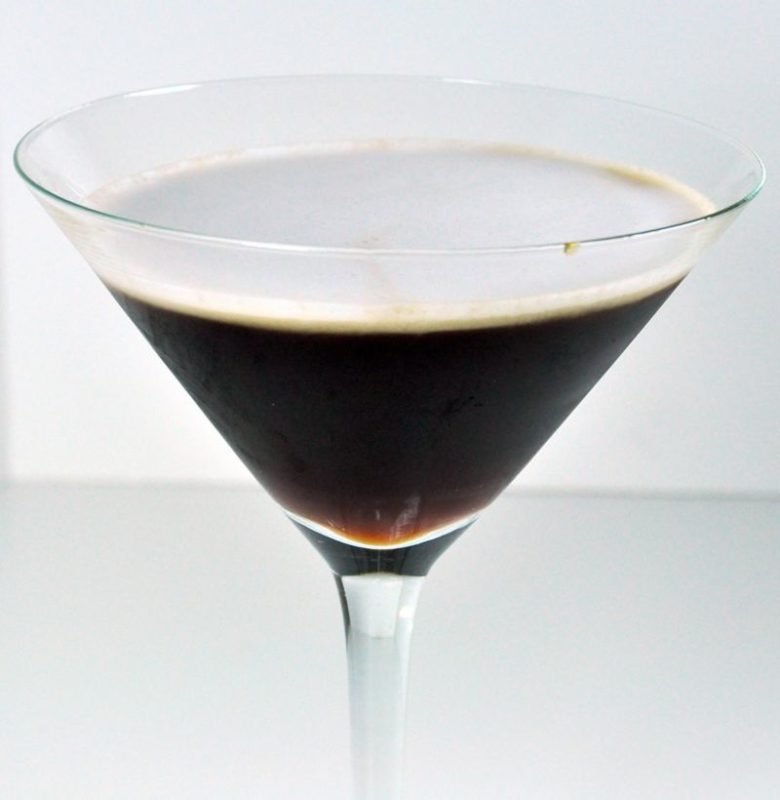 The Brit comments: The Vieux Carre is not intended to be served like a Long Island Iced Tea. It was a perfectly serviceable drink, but about thrice the size it needed to be. I think the brown Martini has been made with Pimms, which is not a Gin, but an aperitif that contains Gin. Their bar tender needs to study some basic mixology if they are going to offer cocktails.

Thirty-five minutes after we were seated, our order was finally taken. It is possible that this would have taken even longer, but I chased the waitress to get her to come to our table. Finally she came and took the orders which were not complicated. No one made substitutions. By this time, people were really hungry. Two of our group then ordered Lemon Drop Martinis. They should have known better. 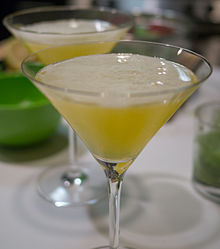 The Lemon Drops arrived about another fifteen minutes after they were ordered. What came was unbelievable. Watching the faces of my friends trying to drink them was actually funny. I think it was the puckering of lips and violent head shaking. What they got was straight lemon juice and vodka with a sugared rim; not good at all. We had to send them back in the end. They were that undrinkable.

The Brit comments: A Lemon Drop needs to have something sweet. The recipe I have suggests simple syrup and Triple-Sec. Neither of these seemed to be present here.

In the meantime, we were waiting and waiting for food. No one is coming to check on us, or fill our drinks. By this time the restaurant had emptied. We had seen people who had been seated way after us now eating their food. It took nearly an hour after ordering to get our food. 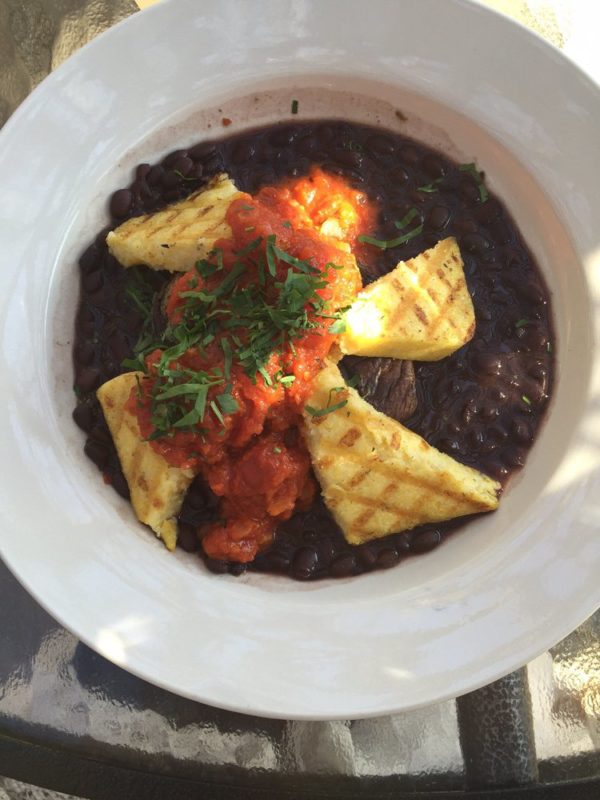 When our food finally arrived it looked good. All except the vegetarian plate of polenta and grilled veggies. I have no clue what they were going for in this dish, but it was a nightmare. Still, our friend ate it as she was so starving by this point. Our burgers were fine. The meat was lacking in flavor, and the french fries tasted as though they had been cooked in old oil. One of our friends ordered the garlic fries which had uncooked garlic on them and still managed to taste both bland and oily at the same time.

Then out came the nachos. There was one plate of nachos ordered to be split. What came out was two huge plates spilling over with food. It looked good and we were all shocked with the portion. However, when they ate them, both of the people had sad faces. They insisted I try their plate; it was beyond bland. I don’t actually know how you could manage all of those ingredients and have such a insipid plate. The carnitas were plentiful, but had zero flavor.  The cheese was overly greasy. The black beans were completely unseasoned. Even the onions were bland, if you can believe that. 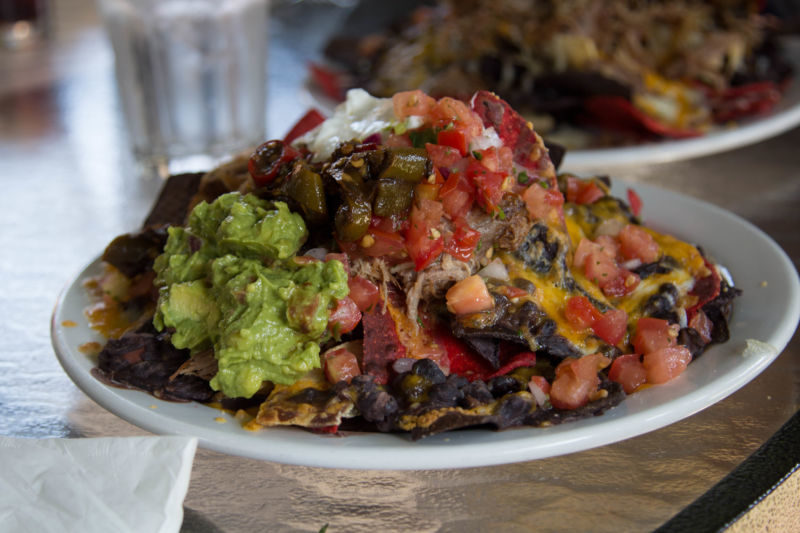 Finally when we asked for the bill there was more drama. Oi Vey! We all handed over our credit cards – the bill was supposed to be split into quarters. Forty minutes later we still hadn’t got our cards returned. I actually got up twice to see what the hold up was. To add insult to final injury we were charged an extra 20% tip on top of our bills. I was so livid I asked for the manager. Yes, I know that many places charge a minimum for groups of eight and over, but this was crazy!

It took the manager another fifteen minutes to come out to talk with us. When she did come she didn’t even apologize or offer any compensation for the nightmare. By this time I was so upset, and her attitude made it worse. Her only offering was: “no one told me there was a problem.” Really? That is what you say to a group of very angry people?

At the end of the day we all crossed out the tip that was added and put a zero. We were that upset. None of us are cheap tippers.

This place is for tourists and people who don’t know the area. We would have been better off going to the Ranch Market and getting food from the deli there. I would strongly recommend that you avoid this place like the plague; with its horrible food and terrible service. The management without any kind of customer service skills. Big thumbs down.

The Brit comments: I was expecting to add a postscript to this post that offered a more restrained, more British reflection on the experience. However, having read California’s Girl description, any comments that were more restrained would not be honest. The meal was a debacle, we would all have been angry had we not been in such a good mood. 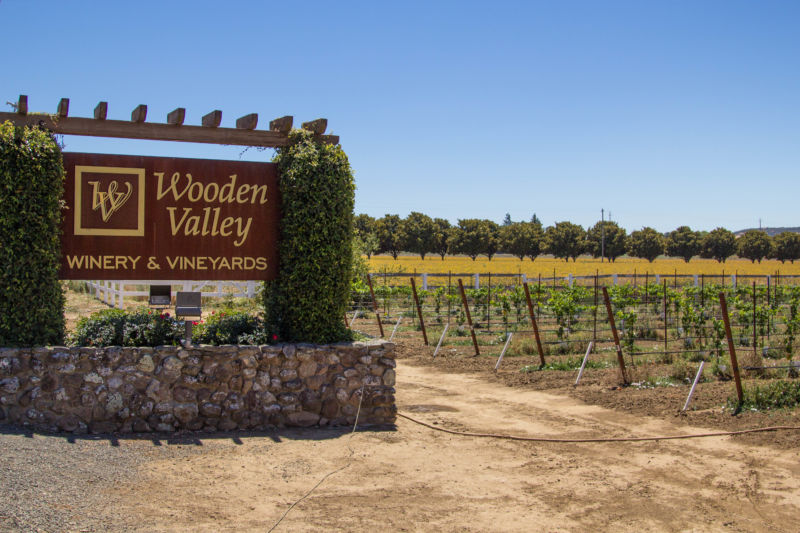 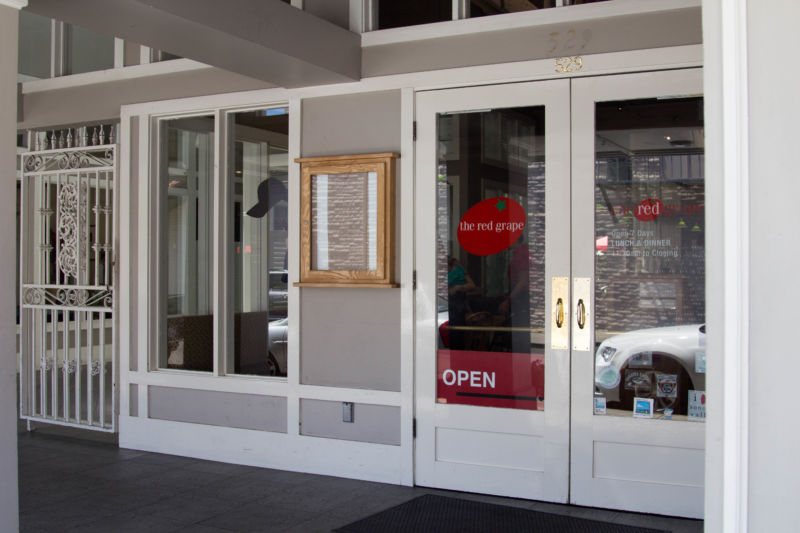