While visiting family in the Czech Republic we visited their local fine dining establishment, Ondras. I was told that they had the best food and service for miles around and I was taken there to try it out. 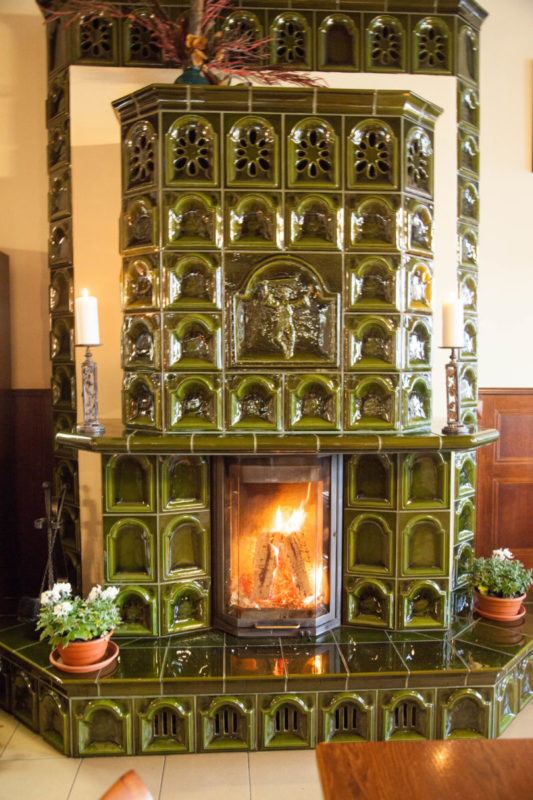 Ondras looks very imposing and grand when you pull up. It is a stand alone building on the outskirts of town, with its own parking lot in front of it. When you walk in, there is dark wood paneling, a huge bar of dark glossy wood, and nicely laid out tables with a gorgeous fireplace as a focal point in the room. 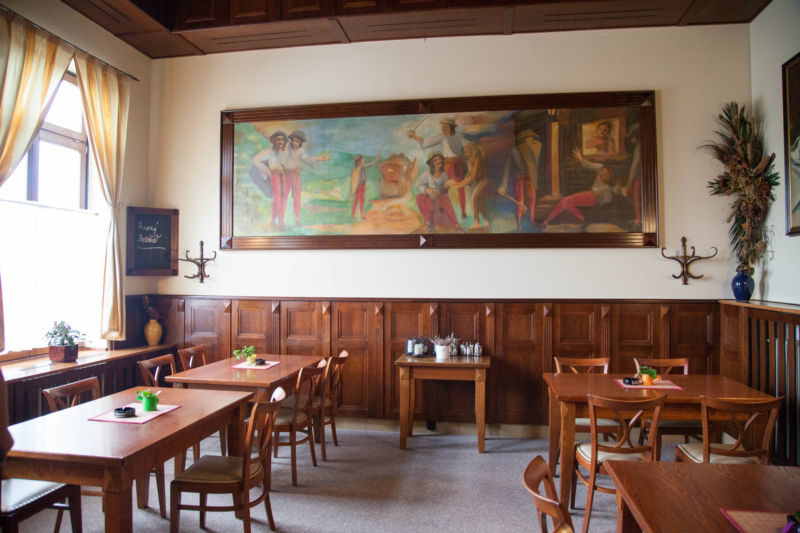 Our waiter Lubos spoke to me in excellent English; you could tell he was a professional with the service he gave. He was prompt, courteous, helpful, and efficient. How could you not like that? We were given a menu that was in both English and Czech; Lubos was right there to answer any questions I might have. 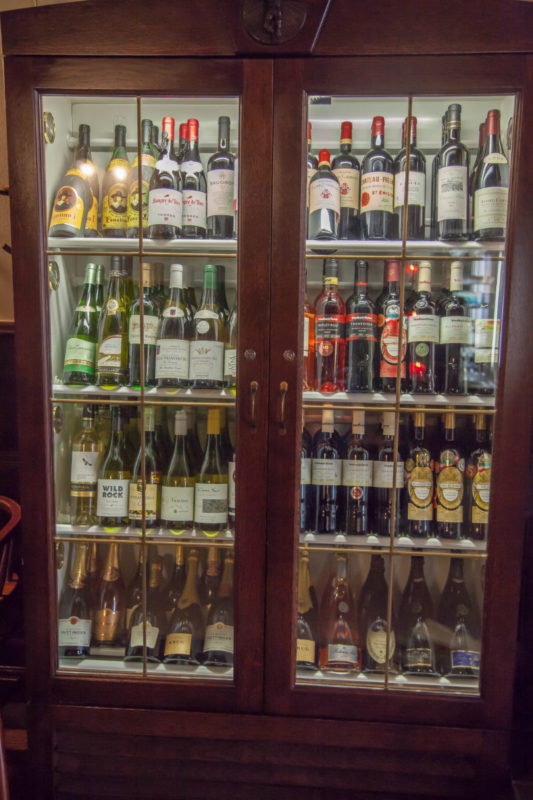 Ondras also had an extensive very nicely curated wine list, but I was told that it was a no-no to order anything other than the “House Special” with the group we were with. It would have been bad manners as the wines were priced at a weeks wages for many of the people at the table. From my point of view, the wines were priced at less than I would expect to pay for a bottle at any of the Napa restaurants, so I was a bit disappointed. 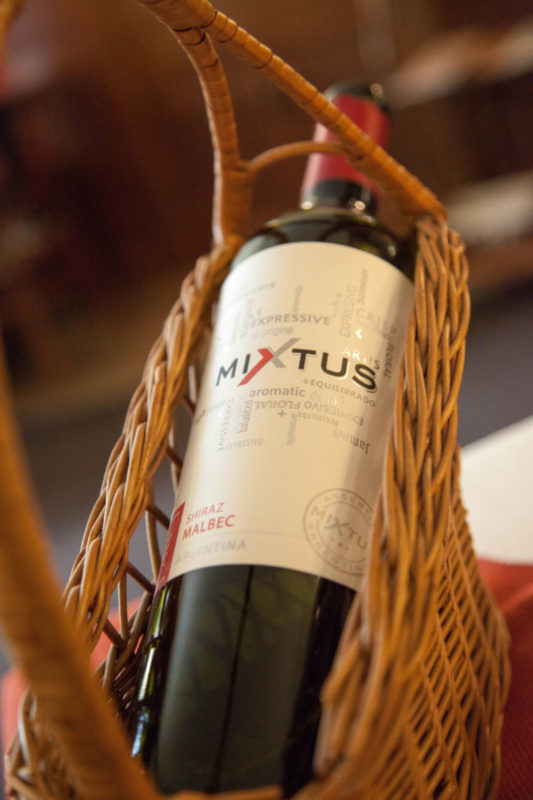 Thankfully, when the bottle of wine came it was very good. An exceptional value for what we were drinking and the price point in a restaurant. 2015 Travento Mixtus Shiraz/Malbec blend from Argentina. The flavor was dark forest berries on the palate with soft tannins; smooth and supple in the mouth. There was low to medium acidity with a lovely spice which lingered at the finish. It was really a good combination with food. 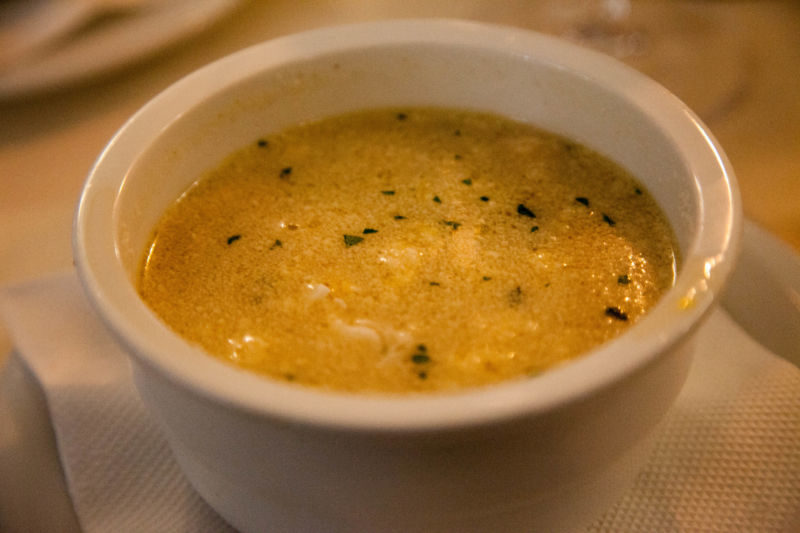 For my starter I ordered the traditional garlic soup. I am told that to make this soup one can only use wild Czech garlic. No other garlic would be correct. The flavor was of strong garlic in the broth, with a poached egg cooked into it. There were also little bits of chopped ham and slices of mild chilies in the broth, giving the soup a really complex mix of textures and flavors.

As my British friend was with us, she and I decided to order plates to share for our starters and main courses so we would have the opportunity to taste more of the traditional dishes. 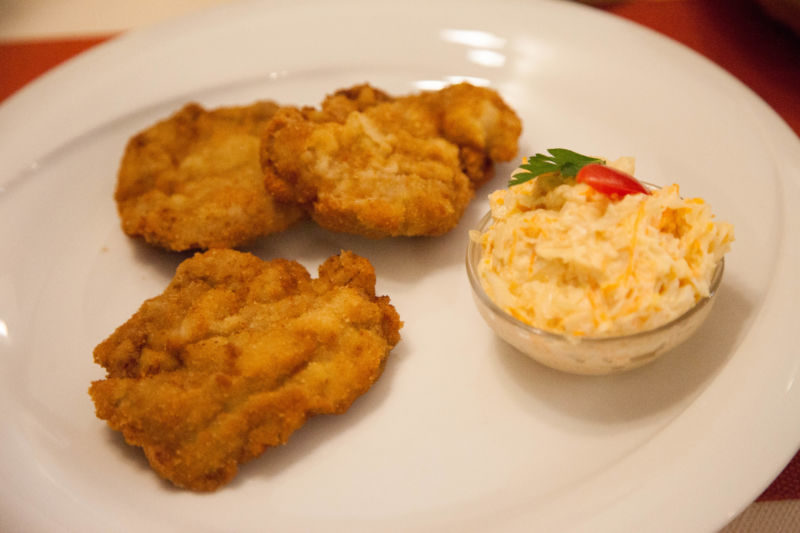 For her starter, she ordered the chicken schnitzel. It came with an unusual, but delicious red pepper dip that reminded me of a less sweet version of thousand island, with a little kick at the end. The chicken tasted good but was a little over cooked for my taste. 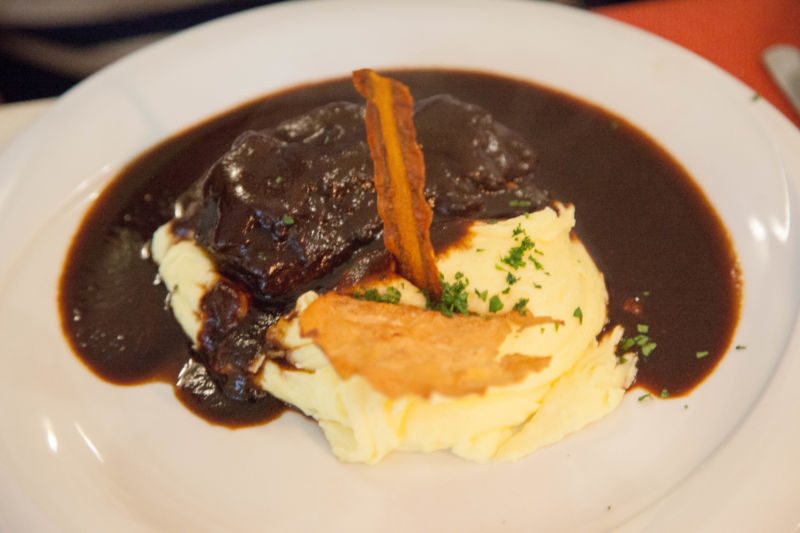 My friend ordered the beef cheeks in a deep, rich red wine gravy which was served with a creamy mashed potato and green beans with bacon on the side. I ordered the duck in a mushroom cream sauce served with gnocchi and parsley butter. 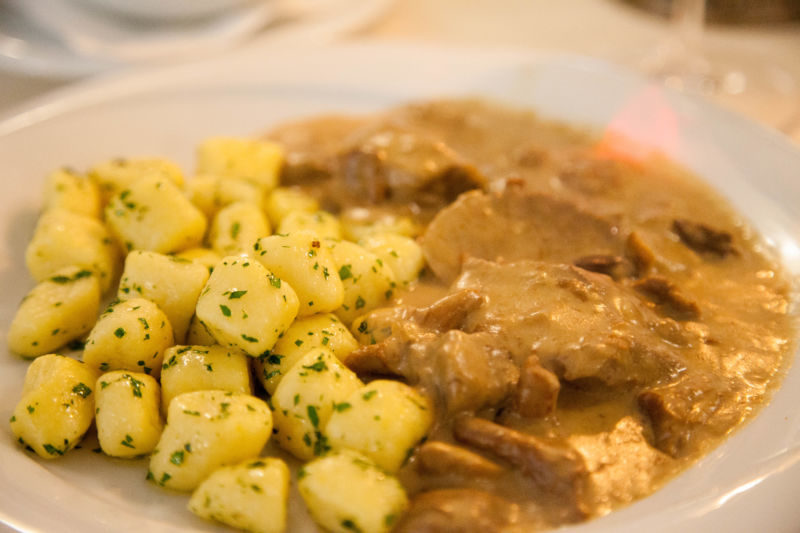 Both dishes were delicious, but I have to admit I liked her choice better. I thought that the flavor and cook on the beef cheeks were outstanding. The potato was creamy and gorgeous, while the red wine gravy was unbelievably good.

My duck was cooked really well, but I felt like the mushroom sauce was just blah with the duck. Had there been some cranberry sauce on the plate for some excitement and contrast, the dish would have been great. My gnocchi was really nice; soft and pillowy as it should be. The parsley butter gave it a delightful flavor. 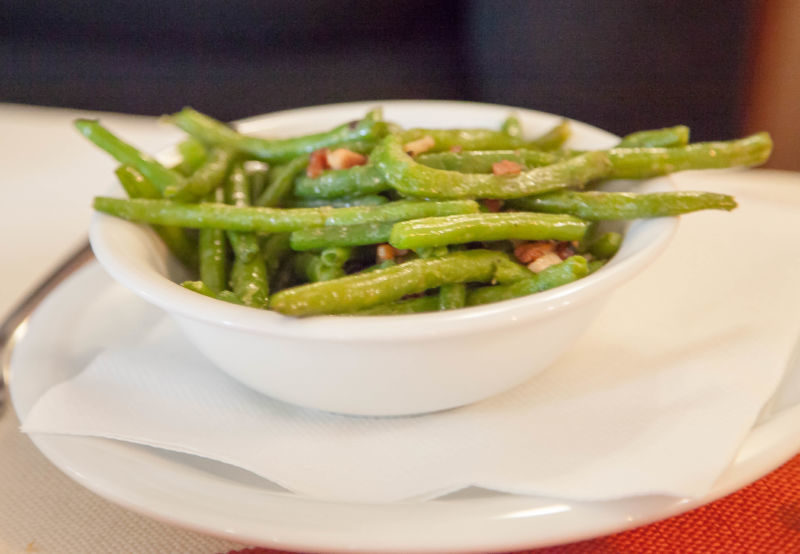 Note: Fresh Vegetables aren’t normally served with Czech food unless you ask for them as a side dish. The green beans were nicely cooked and had bacon tossed in to finish them. At other places in the Czech Republic the vegetables were cooked to death and bland. 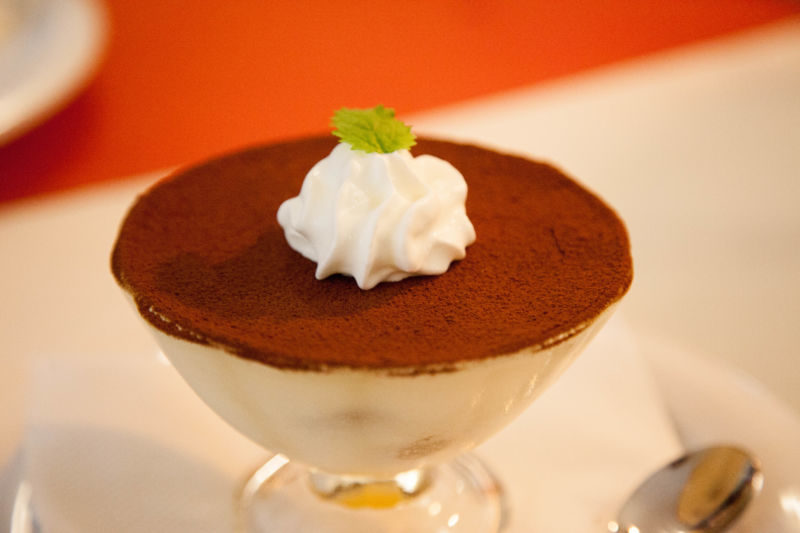 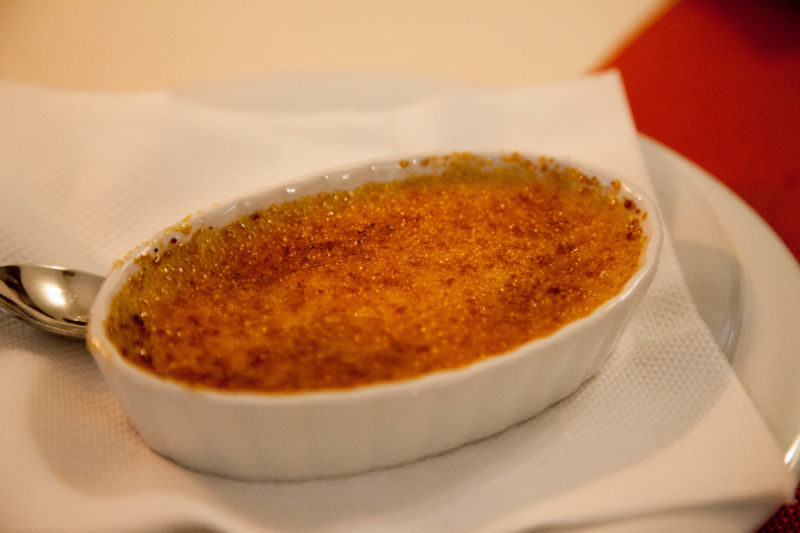 After our lunch, I was shown around the restaurant to the event space that they have for hire. Wow, it was so opulent and gorgeous; I felt like it needed a string quartet and ball-room dancing to match its elegance. I would love to throw a party there. 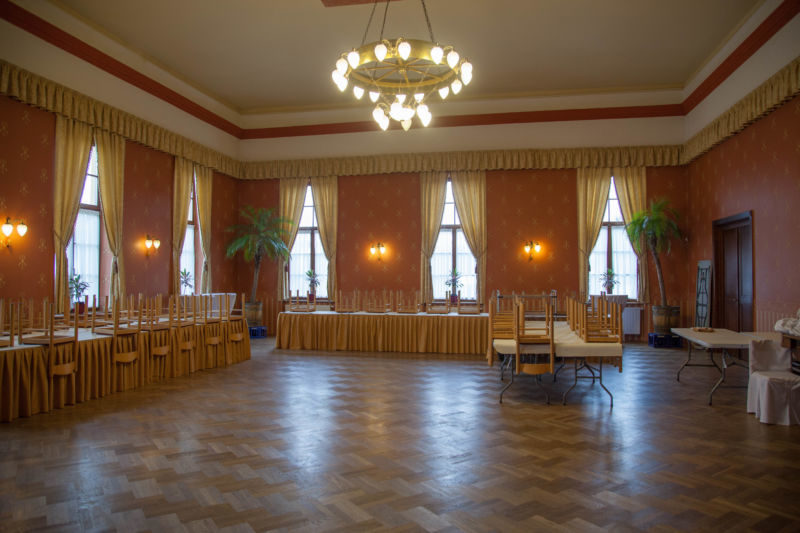 Czech food is very filling and rich and I needed a rest after eating all that food. I was so impressed with the food at Ondras I went back a few days later for lunch with other friends. Delicious!

The price for seven people, including wine, a starter, a main course and four deserts to share was about $100.00! Very good value for the quality. 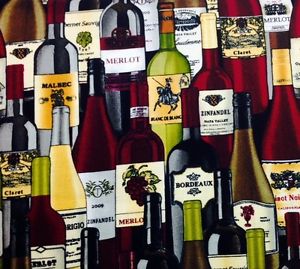 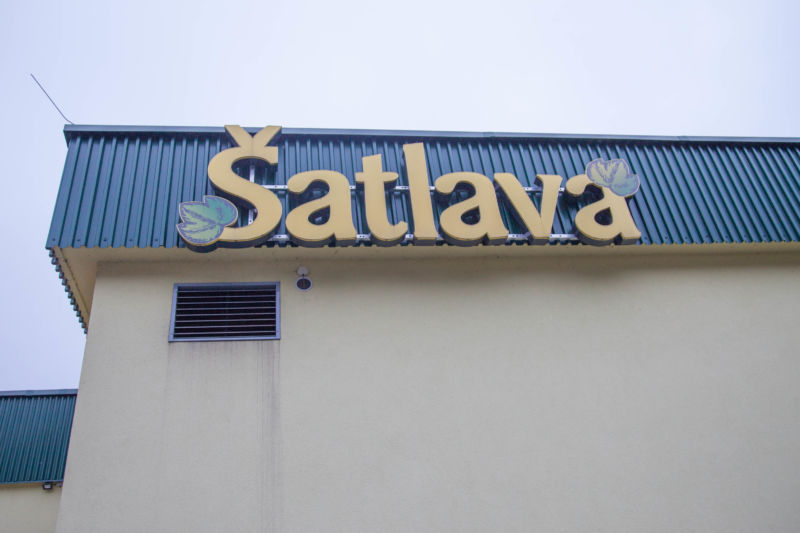