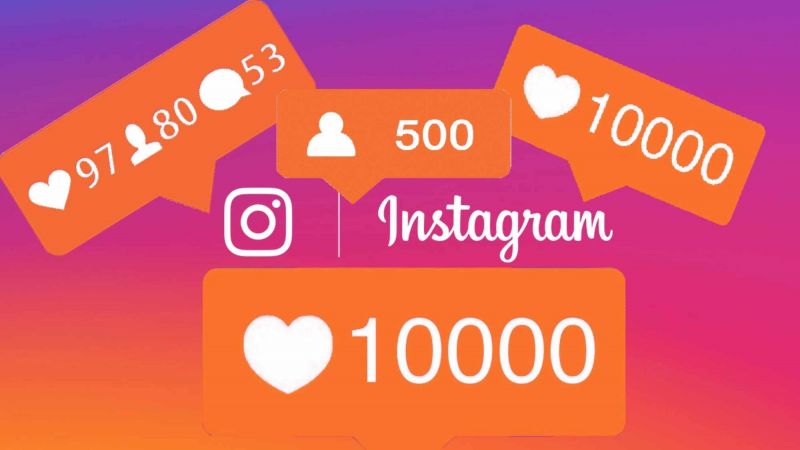 Audrey: Oh, that feeling when I got my first random follower. It was a woohoo moment of note. Then they unfollowed me and I was like whoa oh no no whyyy…? There are people on Instagram that will follow you till you follow them and kaboom they are gone faster than a cookie on a plate sitting in front of me (and that’s fast let me tell you).

Don’t be discouraged though, there are actually some really nice people on Instagram who don’t play this game, people that are human and not robots after a huge following. Don’t be offended either, they are wanting those numbers to become influencers. (Those people who get sponsored deals and such.)

At this point, I’ll be straight, after being unfollowed multiple times I decided that I just couldn’t play that game. I unfollow ghost followers (people who follow you but never like or comment on your posts) and I only follow accounts that have photography I like as well as accounts that interest me i.e. wildlife and travel. If you’re going to be posting your sexy hair and topless mirror selfies please don’t be offended… I’m just not going to follow you.

Amber: Even though I was very strict on who I followed on my Instagram account, and I only followed people who posted about wine, food, photography, or travel, it was still a rollercoaster of emotions to be up 25 followers then down 30. And yes, the deals are cool, but they come with a catch, and a lot of work to get them.

Amber: There are services out there who will allow you to “Buy followers” (or cheating at Instagram as most people think of it). This could be either a good strategy or a bad one depending on your industry and who you are trying to impress. Buying short-term followers and likes can get your photos seen and noticed as it raises your profile. Other people will then follow you because you are popular and they want to be in the “In” crowd and follow the trend.

The decision makers out there who make the decisions about offering sponsorship deals look for engagement over followers. Do your followers comment on your photos? Do you get lots of likes? They can also look and see if you have 100K followers from Russia or India. They aren’t dumb. Keep that in mind.

Audrey: I’m still a little green on this front, I’m not a big wig with a gazillion followers but my following has been “organically” grown. I am not shy to like a photo that’s good and I enjoy commenting on others photos that have that “WOW” factor. If people like the stuff I post I hope they follow along on my journey.

Amber: Since I teamed up with Audrey and started learning the rules of the game, I am nearly at Influencer level in just a few months. The amount of work that has taken to get me to this point is crazy. I have an assistant and a mini assistant who help me with my strategy. I don’t follow and unfollow anyone, we just focus on liking and commenting on 100’s of photos a day. Child labor comes in handy at times (I pay a young family member).

The experts tell us that the people who are really serious pay other people to help them with photos and comments. Virtual Assistants from India and other English speaking third world countries are very popular. Otherwise, no one would have time to write posts, take photos, and actually respond to the comments.

Being a blogger takes time and money. Don’t be fooled that it is in any way a free way to get stuff. Instagrammers work their butts off to get to Influencer status – That is unless you have 5,000 friends who are willing to like and comment on your photos daily.

Amber: First, you have to remember that you should only post 3 photos per day on your Instagram account maximum. Don’t be “That person” who floods other people’s feed by posting 15 photos in a day. It is an etiquette no-no and people will unfollow you. Less is more. Try to stick between one and two posts.

Second, don’t tag other bloggers or Instagrammers constantly post after post. Instead, tag businesses, magazines, local newspapers, or online publications, tourist boards, and anyone who might have a connection to your photo. It is a good way for them to notice you, and maybe even use your photos! Re-gramming your photos is a huge compliment and brings you exposure from other viewers that aren’t currently following you.

Next, don’t be rude, crude or spell out tons of nasty things. A fun or naughty sense of humor is fine, but remember, if you want to get an audience, keep it fairly professional. Don’t post anything that will embarrass you at a job interview in years to come. Yes, HR people do look at your social media accounts.

Another thing to do is to stick to your subject. Why would a wine/travel/food blogger post about clothing or shoes? A lifestyle blogger might do just that, but people are following you to see what is of interest to them. If you post too many things that are off topic, you will lose people. An exception to this rule seems to be around inspirational or humorous Meme type posts. It’s good if you post those once in a while or make it a weekly thing. There are days of the week that have trends. For example: Motivational Mondays, Travel Tuesdays, Wine Wednesdays, Testimonial Thursdays, and Finally Fridays.

Try to be consistent in your posting. Honestly, if you want to be successful in the Instagram world, you need to be consistent and post every single day at least one thing. On the flip side to this – It’s not brain surgery. If you miss a post time or miss a day, no one will die. It’s SOCIAL MEDIA folks! Don’t allow your brain to get too messed up by it.

Audrey: When you are posting, if you are going to post more than one photo in the day, post them at different times, maybe one at breakfast, the other at dinner time. Don’t post them together. There are apps out there that will tell you when your hot times to post are. If you use the Iconsquare app trial version, it will teach you what time is best to post to your specific audience. There is another app called “When to post“. That isn’t as good.

Finally, make sure that you reply to people who take the time to write a comment on your post. You will motivate people to comment on your next post with your reply. Be kind and gracious.

Audrey: Nothing much to add. Maybe perhaps don’t be a robot, there are so many out there. If you’re going to comment be human, I’m not going to go follow a robot or go liking a gazillion of your images because you gave me a robotic awesome. Be human.

As always we appreciate your comments, likes and follows. You can do that on Instagram and Twitter @napafoodandvine or @sanityfound. Check out Audrey’s blog Sanityfound for more of her special kind of wit, humor, amazing photos and thoughtful posts. We really hope that you get something out of these articles and that they help in your success. Until next week! 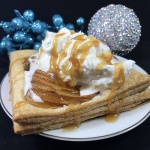 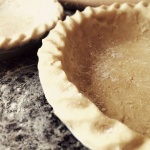 Recipe of the week – The Perfect Pie Crust – Ms. April 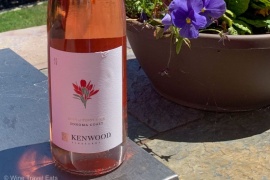