There are several tasting rooms in Cambria. Just two of them have vineyards in town: Cutruzzola and Stolo. This article is about the former. Cutruzzola (Pronounced: Koo-trot-ZOL-a) is the last building on Main Street as you drive North through Cambria. Cutruzzola has seven acres of vineyards. Pinot and Riesling are planted a few miles outside of town on South facing slopes.

The winery gets its names from its owner: Frank Cutruzzola. Frank and his partner Lisa Miller live in Forestville in Sonoma County. The winemaker is a graduate of UC Davis, Stephen Dooley.  Stephen also runs his own winery: Stephen Ross Cellars in San Luis Obispo.

Riesling is a grape that makes great wines. All too often it is associated with indifferent sweet wine. Described in an article in Wines and Vines as: “…the darling of sommeliers and many other wine professionals, but it remains confusing to some consumers and can be a tough sell.” Our host confirmed that sentiment, saying that she often had to persuade people to try the Cutruzzola Riesling. This may be a spoiler for our reviews of the three wines that I review below, but their Riesling is a reason enough in its own right to visit Cutruzzola.

The first wine that I tasted was the 2012 Riesling Estate ($28). The winery made 440 cases of this wine. The nose offered tropical fruit with distinct aromas of banana. The wine was off-dry. Pineapple and mango flavours were to the fore against a flinty backdrop. This was excellent, with just a touch of sweetness. It is one thing to accept that Riesling can be dry, but here is proof of the grape’s outstanding flexibility in delivering a nuanced wine with a Goldilocks amount of residual sugar.

Next up was the 2015 Riesling Estate ($30). Cutruzzola made 128 cases of this wine. The nose had a mix of tropical fruit and petrol notes. Crisp citrus acidity was expressed in flavours of lime. Green apple and flint rounded out the flavour profile. A very good example of dry Riesling.

The third Riesling is only available for sale to Cutruzzola wine club members. It was the Riesling 2017 Pétillant Natural ($35). The winery made 24 cases of this fascinating wine. Pétillant Natural is a type of sparkling wine. In the case of Cutruzzola, they used Riesling grapes. The result was a light straw color with an intense nose dominated by pear against a canvas of chalk. Light bubbles danced in my mouth as I tasted green apple, pineapple, and lime. The wine is a contradiction; easy to drink, yet with intriguing complexity. The finish is long and soft – adding a touch of bitterness. Different from traditional Riesling, yet sharing one of the varietal’s great strength; an excellent wine to pair with spicy or fatty food. This wine would also be a delightful drink by itself.

The first Cutruzzola Pinot Noir was the 2013 Gloria. The wine is named after Frank’s mother. It was a light-brown tinged garnet colour. The nose was subtle with hints of cherry. Taking a sip, I found the flavours to be very light, with tart fruit and a touch of raspberry. The finish was subtle with lingering fruit. This was my least favourite wine of the tasting. Not a bad wine, but after the fascinating Riesling, it was unremarkable.

Next up was the 2014 Gloria. The nose on this wine was richer, with the fruit notes moving to ripe cherry. Once more the wine was light bodied, but the fruit was balanced by traditional earthy notes. The wine had great acidity. As is so often the case, Amber and I disagreed; I prefer this to the 2013 Gloria, she ranked them the other way.

The last of the three Pinot Noir wines were the 2014 Giacomino. Unsurprisingly, this wine bears  Frank’s father’s name. Here was a wine with an intense nose; earth and dark fruit aromas rushed up from the glass to create an appealing bouquet. Cherry, earth, and dusty tannins combined with an assertive body to create a wine with more body than the Gloria. This more masculine expression of the grape was my favourite of the three Pinot wines.

The Pinot and Riesling grapes grow in the Cambria estate. The Cutruzzola Zinfandel grapes come from an acre of vines grown in their Sonoma County home. We tasted the 2015 Zinfandel. The nose had plum and baking spices, with a distinct note of cloves. The wine was a light to medium body with distinct acidity. Under-ripe cherry and pepper provided a pleasing first impression. The medium length finish added dusty tannins to the fruit. Unfortunately, an acre of land does not allow for large production: this wine may be sold out soon. Our host, Karen, described this as a Zin for Pinot lovers. It was my favourite of the four red wines that we tried.

The tasting fee at Cutruzzola is $12, waived with the purchase of two bottles. 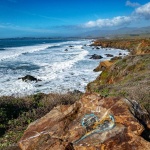 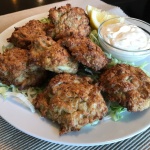