Disclaimer: The bottles of wine reviewed here are samples provided by the winery.

Tasting C Elizabeth wines brought to mind a quote: “It takes a lot of great beer to make great wine.” The quote reflects the desire for an ice-cold beer after a day of work in the vineyards. We thought of these words because one of the co-founders of C Elizabeth is Christi Coors Ficeli. Her great great grandfather was Adolph Coors. In 1874 Adolph started brewing beer in Golden, Colorado. After he purchased his partner’s share in 1880 he renamed the company to bear his family name.

Christi worked at Gallo where she met her future husband, and C Elizabeth co-founder, Dave Ficeli. They trace the origins of the brand back to 2002 and a discussion over dinner. It was over a decade later that those ideas became reality with the first vintage of C Elizabeth.

All four vintages of C Elizabeth draw from Cabernet Sauvignon grapes grown on the Game Farm Vineyard. For the first couple of years grapes were harvested from a single block, the Rock Pit. The block’s name refers to its lack of topsoil and scattered large boulders which reach down to at least 20 feet.

From 2016, an additional block provided grapes. The Trailside block on the Northern end of the vineyard is also rocky, but features a red loam topsoil.

Eschewing tradition, C Elizabeth ages their wines in American oak. French oak is the usual choice for wines made from Bordeaux grape varieties, such as Cabernet Sauvignon. Winemakers use barrel treatments like a chef uses seasonings in food. The barrels (and toast level treatments done to the barrel) add character and flavor to wine giving it dimension and depth. The use of American oak typically imparts notes of coconut, vanilla, and sweet spices along with the impression of a sweeter nose and less tannins on the palate.

Over the vintages, Bill Nancarrow, the winemaker has experimented with different barrels. In 2014, 55% of the wine was in new barrels. This moved to 57% for the 2015 and 85% in 2016. The balance flipped for the most recent vintage; 70% aging in neural barrels.

The 2014 wine had an intense rich fruit aroma. Taking a sip, we found the tannins were a little tight, but were starting to relax in the glass after about an hour. The flavours of fruit were restrained, but in harmony with the other elements. It would be interesting to revisit this wine in 3 more years as we feel that the flavors will be fully developed in the bottle. It is drinking beautifully now, but a few more years or a good decanting will bring this wine to the next level.

The 2015 nose offered a good of vegetation added to which were notes of cassis and a hint of toffee (or creamy sweet vanilla). In the mouth the tannins were laid back with an acidity that held all the way into the finish. A delightfully complex profile offered plum, blackberry, cloves, and black pepper. The finish was long and left dusty fruit notes in which to luxuriate. It set up a dilemma; savour the finish or take another sip.

The 2016 offered a very different bouquet. Now wet rock, cherry, and a waft of mint greeted our noses. Sour cherry and earth, baking spices and vanilla flooded the palate whilst the finish emphasized a bright acidity which slowly faded to dusty and herbs.

C.Elizabeth completed their harvest on October 7, 2017. The following day, fires broke out causing catastrophic damage to Napa and Sonoma valleys. Thankfully, as the harvest was completed, their winery was spared from damage of smoke taint. The nose on the 2017 vintage shared characteristics with the previous year. It lacked the mineral focus, but cherry and mint were noticeable and joined with subtle notes of anise. The nose was our favourite of the four. Once more, the wine exhibited excellent balance. Flavours of raspberry, plum, and chocolate with tannins very much in the background. Although those tannins emerged to take a more significant role in the gorgeous long finish.

The 2015 and 2016 vintages were our favourites of the tasting. The marked difference makes it hard to decide a clear winner. Fortunately, this was a tasting and not a competition.  We used our Coravin to extract the tasting pours, so we can revisit these wines in future.

The first two vintages are out of stock. You can purchase the 2016 and 2017 from their website. Both wines sell for $150 a bottle. From now until March 15, 50% of the sales of the 2017 C Elizabeth Cabernet Sauvignon will be donated to the Napa Valley Community Foundation. This fund helps victims of the 2020 fires. It is a fitting, if sad, that a wine made in the year of devasting fires will help those who suffered in last year’s fires. 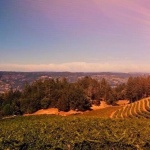 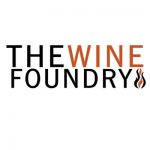